Louisville is in the middle of its peer group according to a natural breaks algorithm. Cities in Green are a cluster that outperforms their peers, Yellow represents the middle cluster, and Red is a group that lags behind its peers on this indicator. 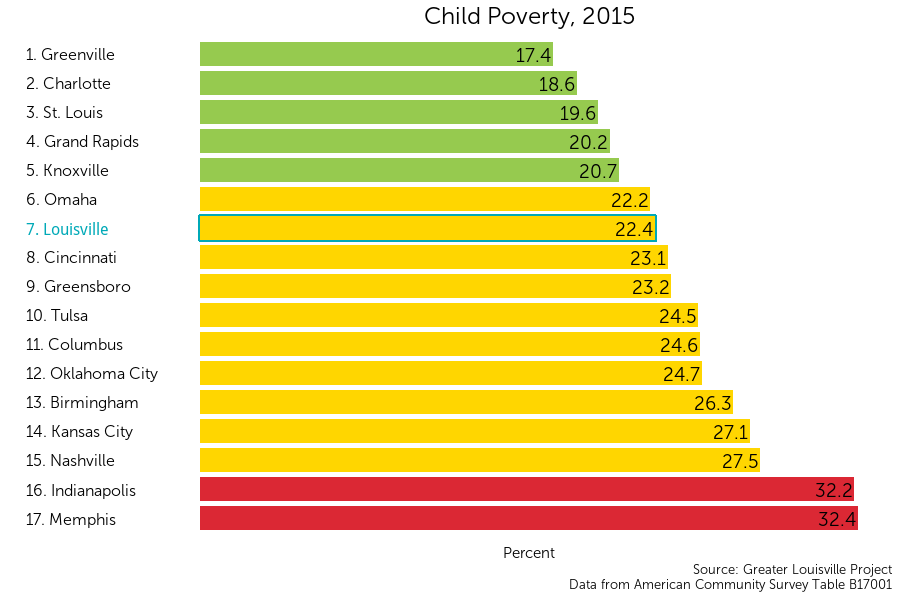 Although Louisville ranks 7th out of 17 cities in child poverty rates, child poverty varies substantially within the city, ranging from 67% in some neighborhoods to 4% in others. In the map to the left, areas with higher rates of child poverty are purple, and areas with lower rates are white. 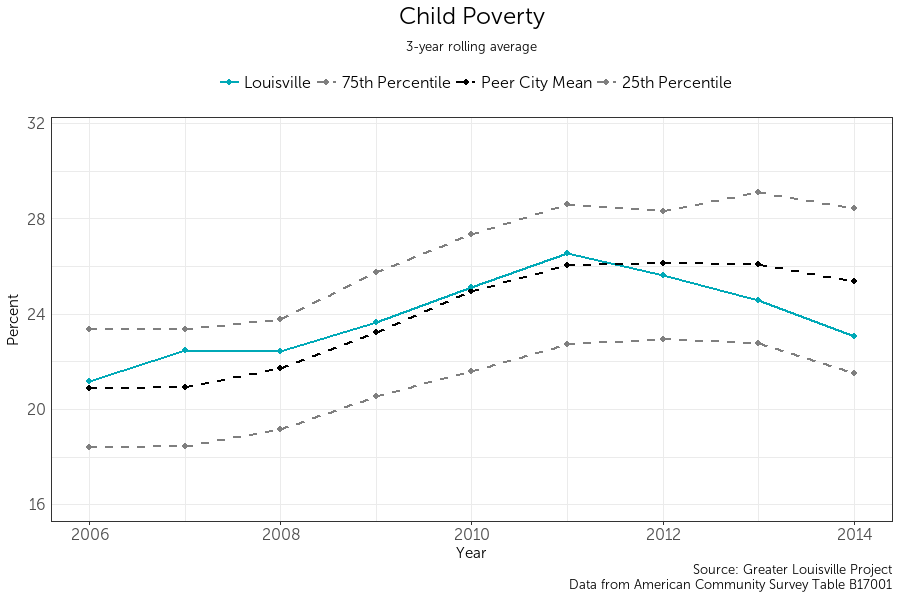 Child Under 5 in Poverty

Children Ages 5 to 17 in Poverty