Children Ages 5 to 17 in Poverty 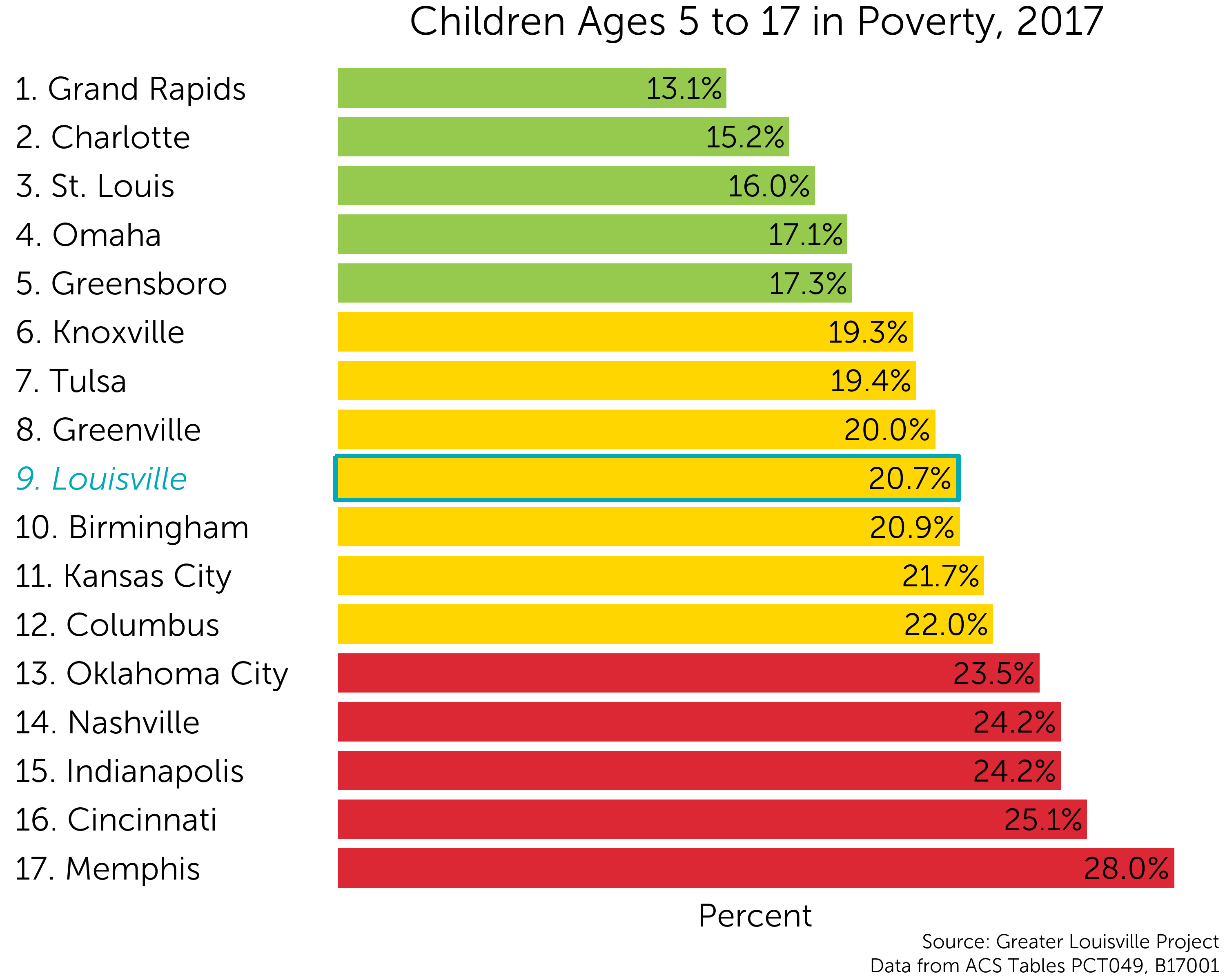 Although Louisville ranks 9th out of 17 cities in child poverty rates, child poverty varies substantially within the city. There are more children, ages 5-17, in poverty west of I-65. In the map to the left, areas with high rates of child poverty are purple, and areas with average to low rates are white. 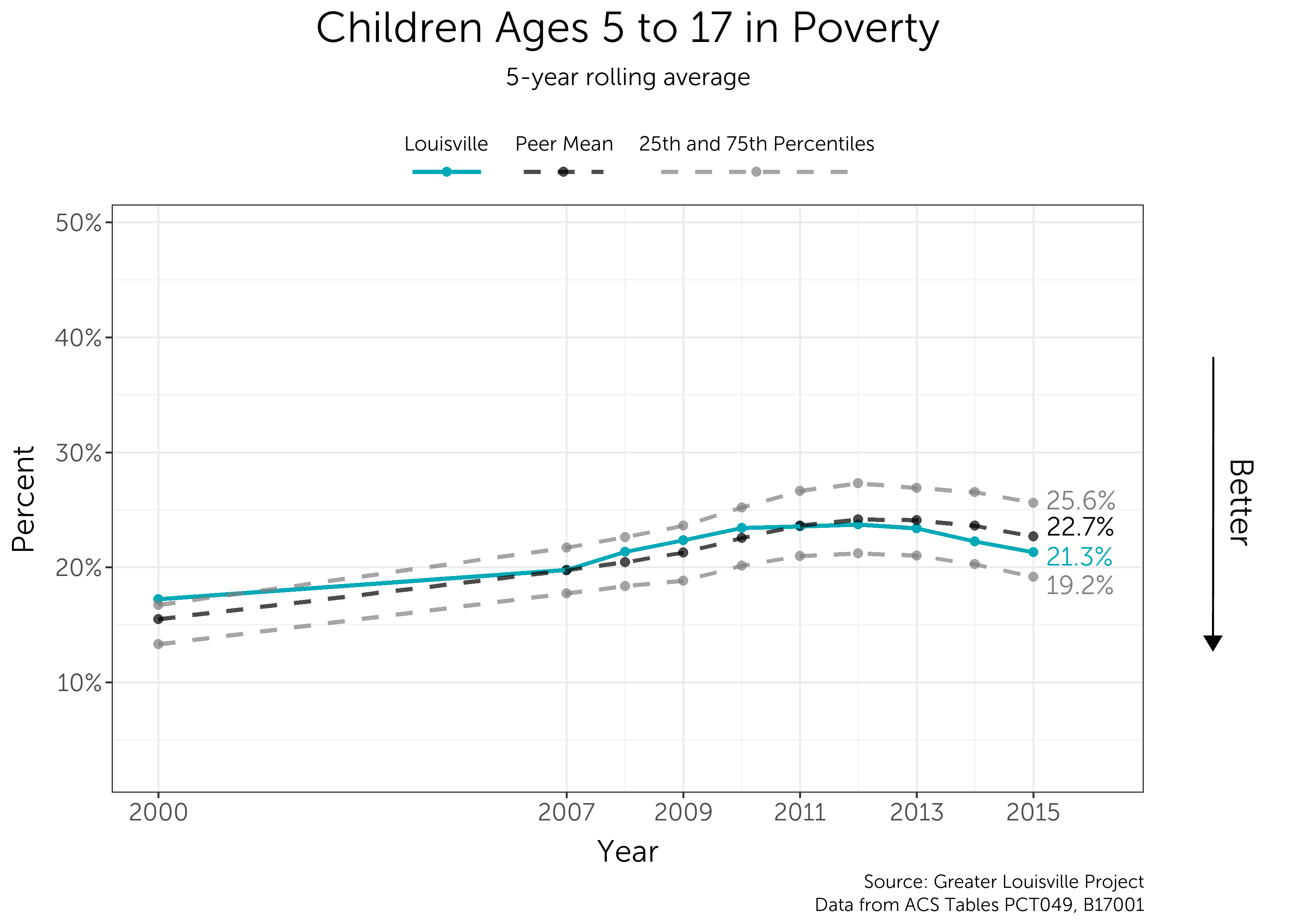 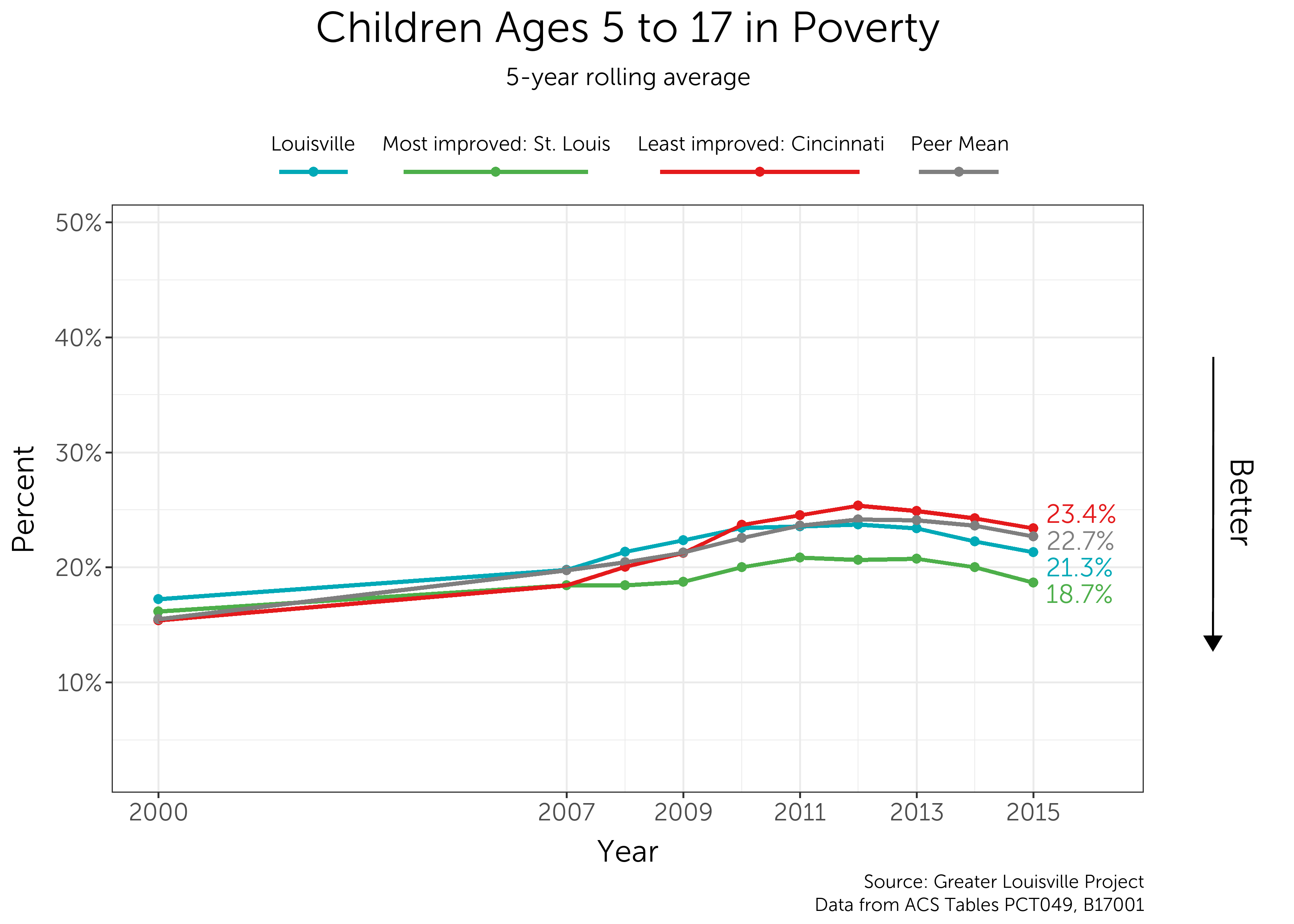 Comparison between the Most and Least Improved Peer Cities

The percentage of children ages 5 to 17 in poverty is currently higher in all peer cities than it was in 2000. Since the end of the Great Recession, child poverty in Louisville has decreased faster than the peer average. The most improved city since 2000 is St. Louis, which only saw an increase in child poverty among ages 5 to 17 of 2.5 percentage points. Poverty among children in Louisville increased by 4 percentage points over the same timeframe. 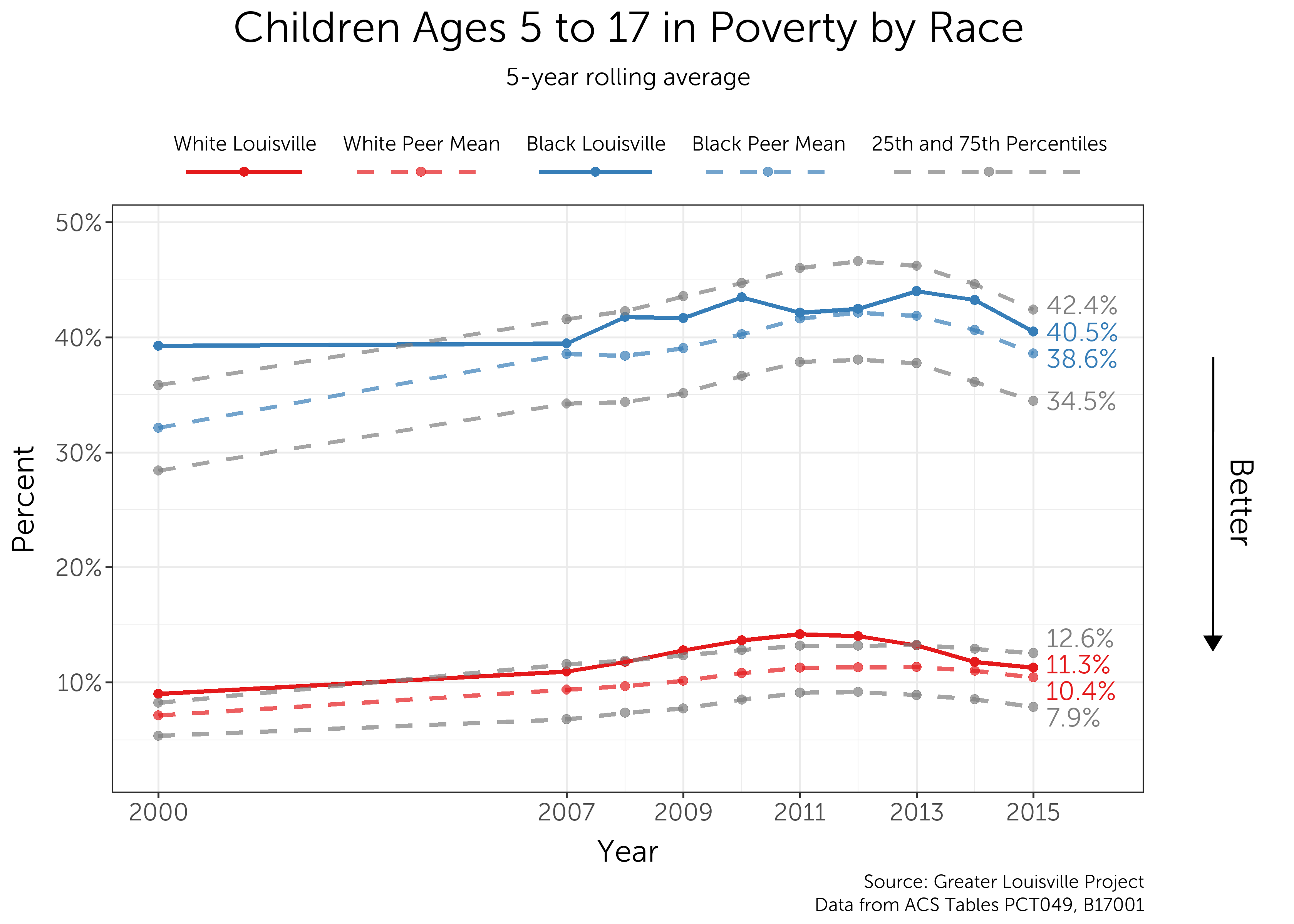