Children Under 5 in Poverty

Young children living in poverty or in a neighborhood of concentrated poverty experience unique barriers to food access, stable housing, employment, healthcare, and social support. These barriers can hinder a child’s ability to achieve academic success. In addition, children living below the poverty line may struggle with finding stable and substantial employment as adults.

Louisville currently ranks 8th among its peer cities in child poverty among young children, with 20.5% of children under the age of 5 living in poverty. In 2017, the poverty line was $16,240 for a family of two and $24,600 for a family of four. 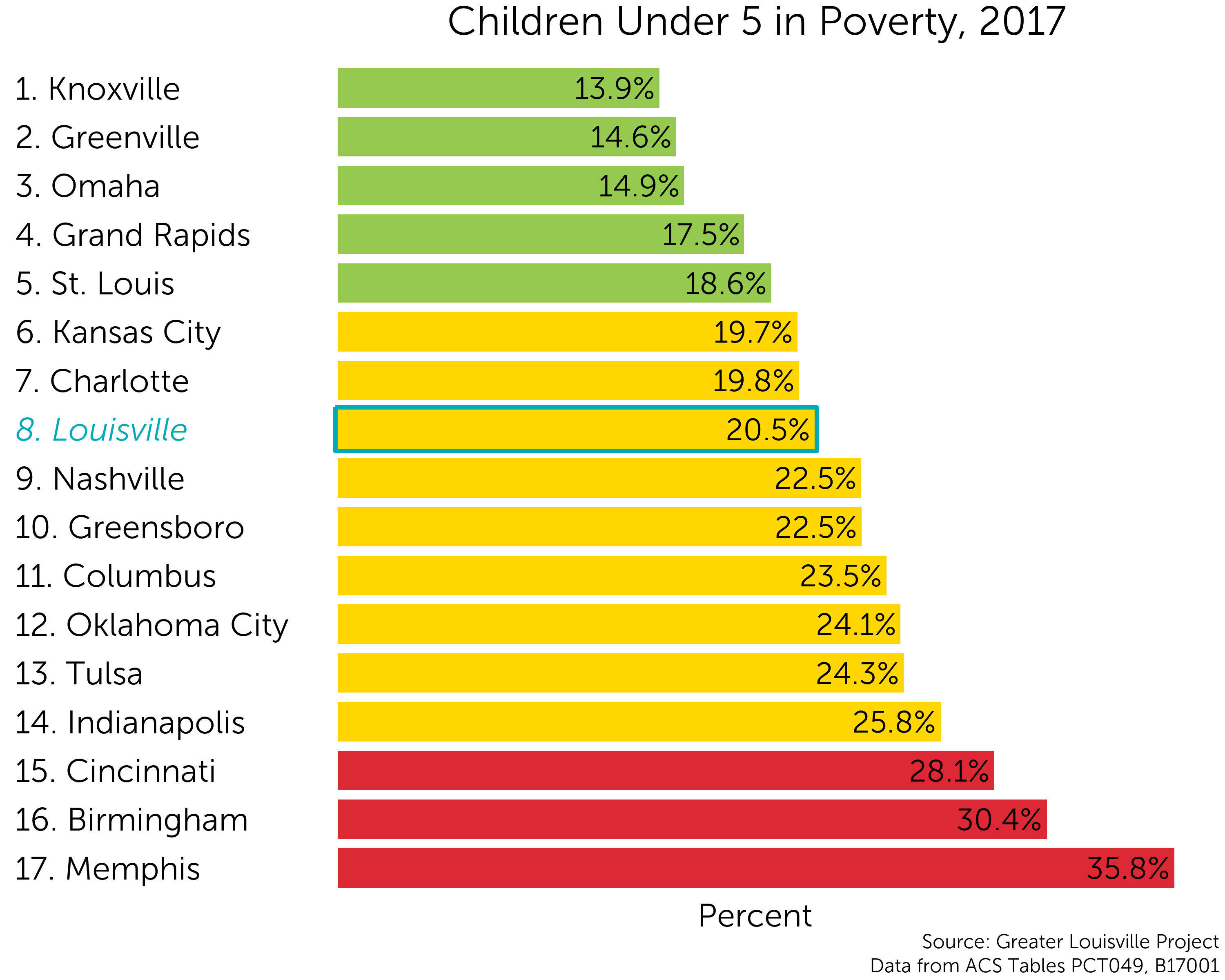 Young child poverty is most concentrated in Louisville’s western and downtown neighborhoods. Russell, California-Parkland, and Algonquin-Park Hill_Park Duvalle have young child poverty rates around 60%. The lowest rates of child poverty are in Floyd’s Fork, Northeast Jefferson, J-Town, and Fern Creek.

Since 2013, there has been a downward trend in the Louisville for the number of children under 5 in poverty. Louisville is currently below the peer mean and above the 25th percentile at 24.1%. 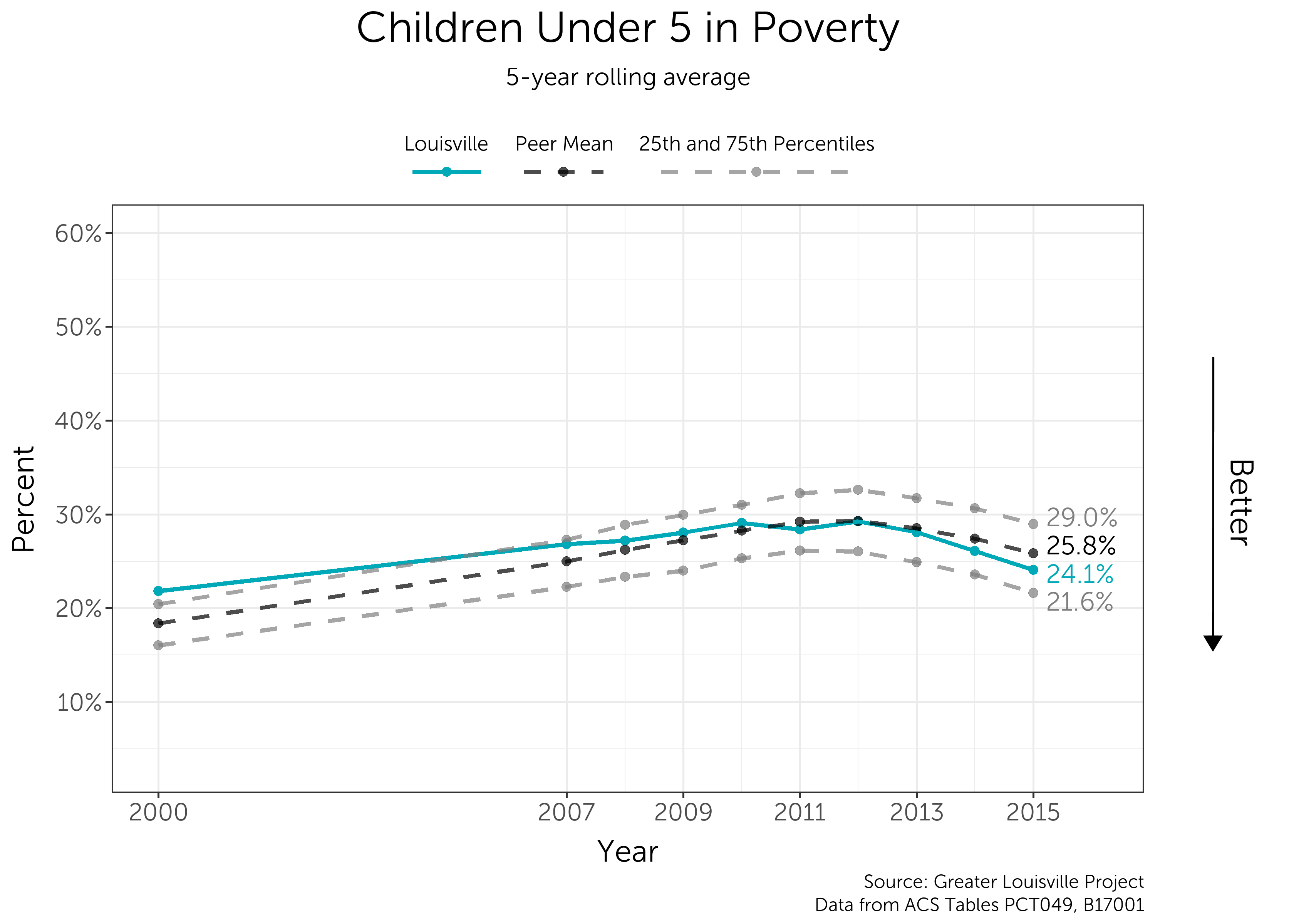 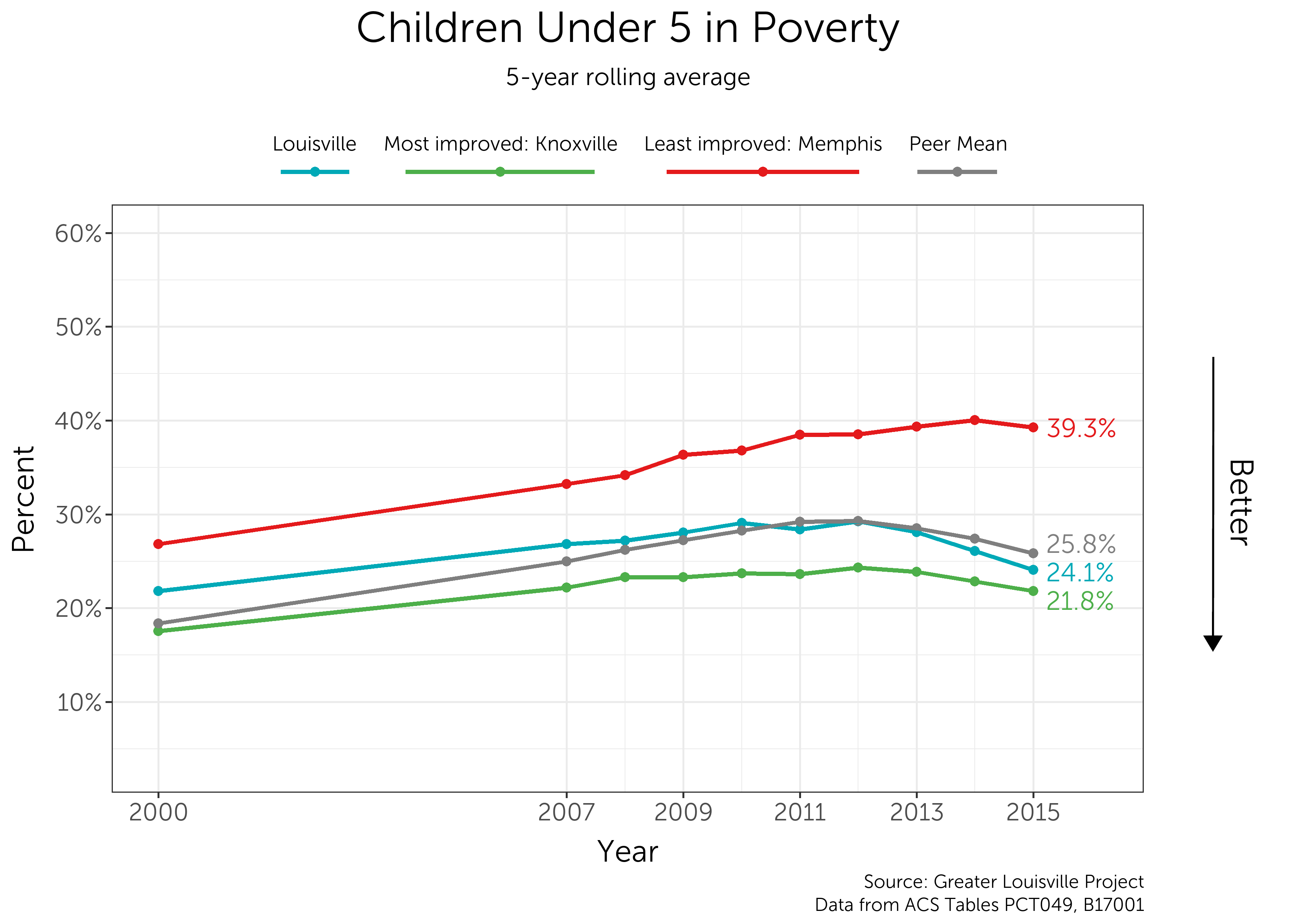 Comparison Most and Least Improved Cities

The percentage gap between Black and white children has yet to decrease. In Louisville, over 40% of Black children ages 5 to 17 are living in poverty, compared to 11.3% of whites in that age category. 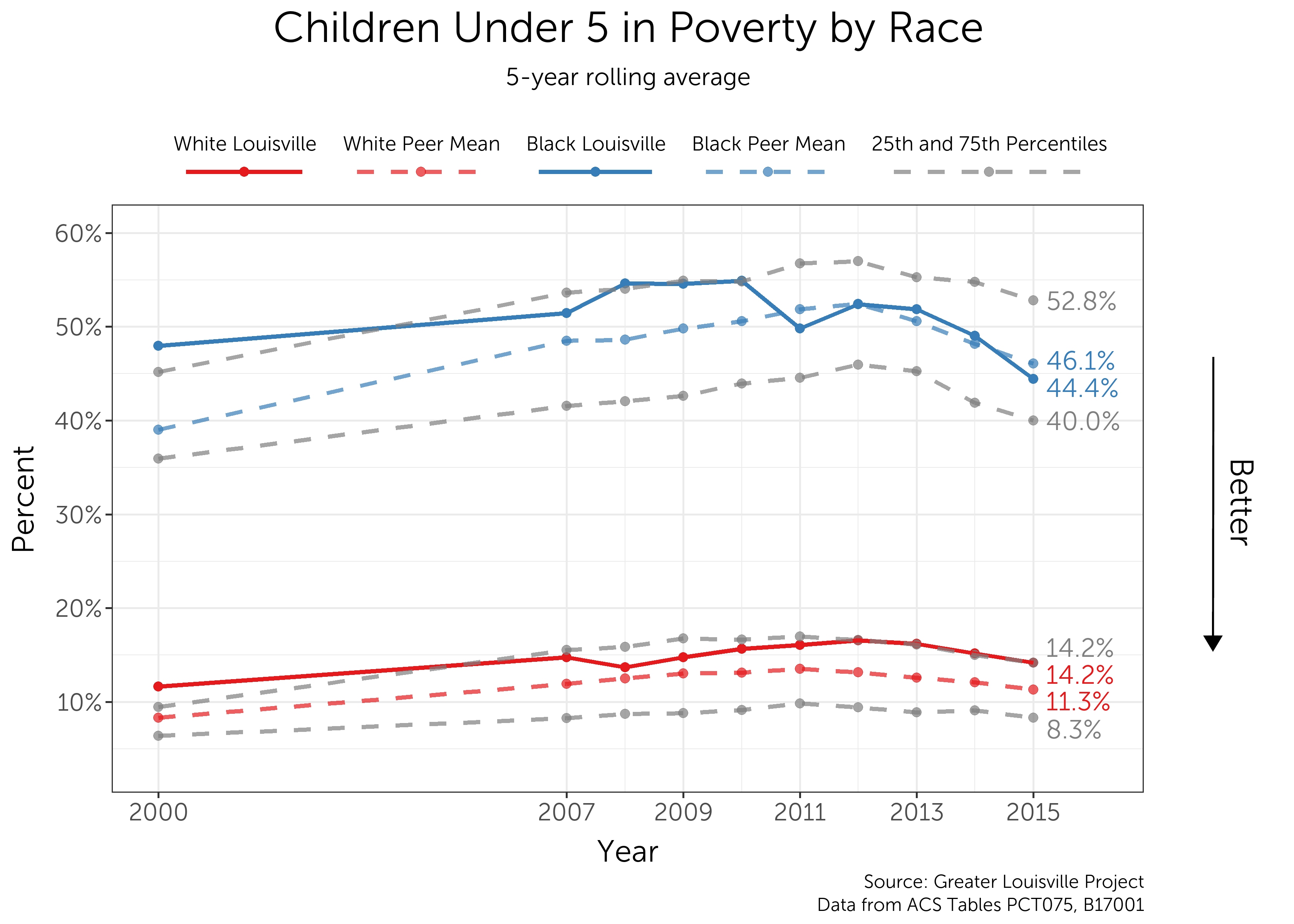