The effects of poverty are not just on the wallet, but in every barrier to health and wellbeing. The multidimensional poverty index reflects the fact that individuals experience poverty in multiple forms: low income, poorer health, unemployment, low education, and living in a poor neighborhood. These factors are not additive–each experienced factor multiplies the barriers to success for an individual in poverty. In order to address the complex issue of poverty, efforts to effect positive change must be coherent with the notion that poverty is caused by multiple, confounding factors.

On this metric, Louisville ranks among the bottom tier of its peers according to a natural breaks algorithm. Cities in green are those that outperform their peers, cities in yellow represent the middle cluster, and those in red are a group that lags behind its peers on this indicator. 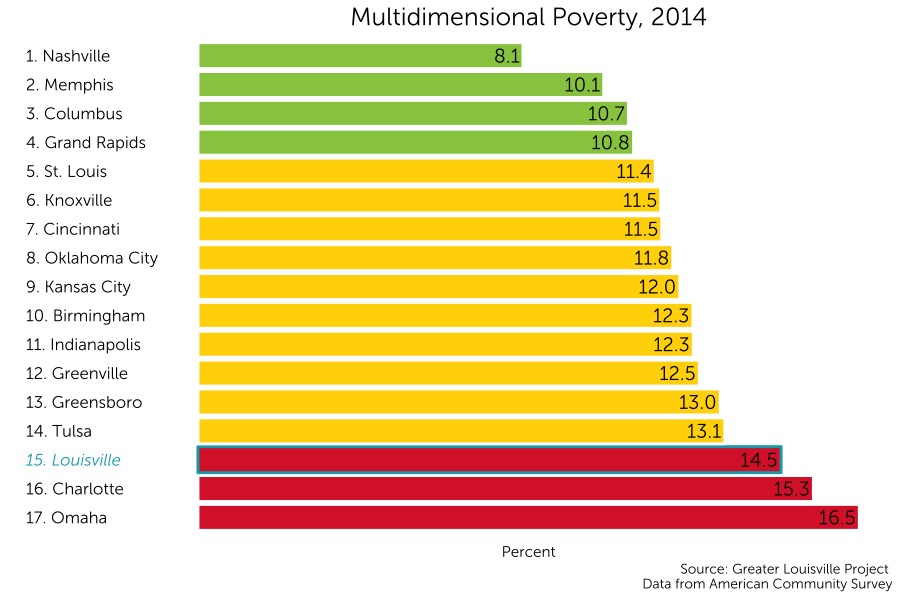 Where is multidimensional poverty concentrated?