The Greater Louisville Project is an independent, non-partisan civic initiative supported by a consortium of philanthropic funders. Launched in 2003, the Greater Louisville Project was created to support the merged government of Louisville Metro. At that time, the Project commissioned the Brookings Institution report entitled “Beyond Merger: A Competitive Vision for the Regional City of Louisville” which identified our strengths and weaknesses compared to other cities and charted a course for long-term progress.

In support of this civic agenda, The GLP publishes data, research, and information related to our Deep Drivers through its Competitive City Reports, helping to connect the dots between education, jobs, health, and quality of place. Since its launch, GLP has released numerous annual and special reports, regularly convenes attendees from civic organizations and the broader community, and continues to serve as the credible source of data that brings focus and understanding to advancing a competitive city.

The Greater Louisville Project is fiscally sponsored by the Community Foundation of Louisville, Inc., a 501(c)(3) public charity.

The Greater Louisville Project provides research and data to catalyze civic action. By highlighting challenges in the four Deep Drivers of Change, the GLP engages the community in a shared agenda for long-term progress. Annually, the Greater Louisville Project publishes the “Competitive City Report,” tracking progress against key community indicators.

As the Greater Louisville Project launched, six areas were identified through the Brookings Institution’s “Beyond Merger” report: primary education, postsecondary education, economic development, creating quality neighborhoods, investing in working families, and balancing metropolitan growth. Since then, GLP has honed in on four Deep Drivers of Change: Education, Jobs, Health, and Quality of Place. The Deep Drivers of Change signal a few big but attainable goals that can inform our civic agenda by highlighting both the possibilities and the challenges facing Louisville.

We at the Greater Louisville Project recognize the pain and frustration caused by decades, if not centuries, worth of extractive data collection and research practices on communities around the world, particularly marginalized communities. We recognize that for far too long, community members have been viewed as subjects and not partners.

The Greater Louisville Project was founded to help our community move beyond using data science for strictly academic and intellectual purposes. We strive to use data to catalyze civic action. We believe in the power of data to create a more just and equitable community and are continually seeking out new community partners to help us do the work of our mission.

In our 16th year, we are actively engaging with community partners about missing data and seeking new ways to make our data more useful for our neighbors, giving them power to use our data in ways they deem most effective for them. Even as we continue to offer data resources, we are stepping back and listening to their needs.

We invite you to join us as we strengthen our community with these partnerships. 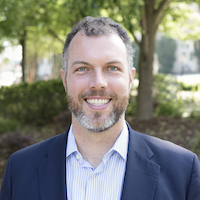 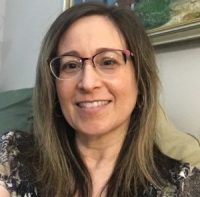 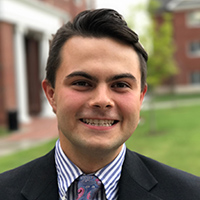 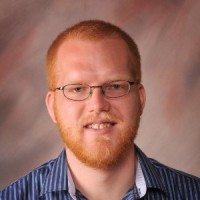 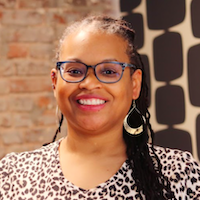 Monica Unseld, PhDDirector of Community Engagement
Ben is a social entrepreneur committed to creating opportunities for all people to reach their full potential.  Ben believes the power of passionate leadership, good systems, and a data-driven approach can translate into real impact on our community. As Project Director, Ben is passionate about creating a strong civic ecosystem that uses data to effectively engage businesses, social organizations, government, foundations, and academia in actively building community assets.  He is excited to be able to work with people in all segments of our city who are seeking to build a more vibrant future.Ben is a Louisville native who has worked with the World Bank, the International Finance Corporation, the Boston Consulting Group, and the YMCA.  He holds a BA in International Affairs from George Washington University, a Masters in Public Administration from the Harvard Kennedy School, and an MBA from Harvard Business School.
Aly Flagel Goldberg is an entrepreneur with over 25 years experience as a project manager, event planner, business development executive, and communication specialist. She has coordinated projects in Europe, the Middle East, and in over 35 U.S. States. Her event planning portfolio includes anything from a dinner meeting in France for the merger and acquisition of two global car manufacturers to 2,000 attendee, 2-day conference. Aly’s work for nonprofits earned her several local and national awards. And, her communication efforts have resulted in pieces ran in over 50 media outlets including the New York Times, the Wall Street Journal, and The Daily Show.  In 2017, she founded Iristify with the goal of supporting others in their efforts to improve our world. When not working, Aly volunteers and serves on local nonprofit boards and committees. Her greatest passion is empowering others to achieve their full potential and whenever possible home/business ownership.  ​Aly earned a BA in Journalism with an emphasis in Public Relations from The Ohio State University.
Harrison is a lifelong resident of Louisville who is happy to be home after a brief hiatus to attend Centre College, where he majored in environmental studies and economics. At Centre, he was involved with community service and the social justice club, so he is excited to continue analyzing issues facing his community at the GLP in order to make Louisville a more compassionate and competitive city. Coffee, dogs, and data-driven policymaking get Harrison through the day. When he’s not laying in a hammock outside listening to podcasts, he’s probably inside cooking and listening to podcasts.
Nate Kratzer is a political philosopher disguised as a data analyst. He believes strongly in the importance of being transparent about the value assumptions that underlie all data analysis and using data in ways that invite others into democratic deliberation. He has a Ph.D. in Public Policy from the University of Kentucky and a B.A. in philosophy from Centre College.
Nate loves jokes about statistics and economics and is the region’s premier source of jokes about the null hypothesis. He is a firm believer in the two laws of economists: 1) For every economist, there exists an equal and opposite economist. 2) They’re both wrong.
Monica E. Unseld, Ph.D, MPH earned her doctorate in biology from the University of Louisville in 2008 and her Master’s in public health from Benedictine University in 2018. She is an environmental and social justice advocate, working with Coming Clean and the Environmental Justice Health Alliance (EJHA). She has worked on social media campaigns, policy, and community education. She is currently the Director of Community Engagement at the Greater Louisville Project and recently founded the nonprofit Until Justice Data Partners. Her nonprofit assists other social justice groups in finding and incorporating data into their work, while allowing them to control the narrative and reframe our concept of knowledge and justice.