Median household income is an economic indicator commonly used as a proxy for quality of life. This metric is also often used to determine if residents in a given location are able to afford the cost of living of residing in that area. In conjunction with per capita income, median household income is used to determine the wealth of a given region. This metric includes both part-time and full-time workers.

Louisville currently ranks 10th among its peer cities in median household income with a median income of $55,000. 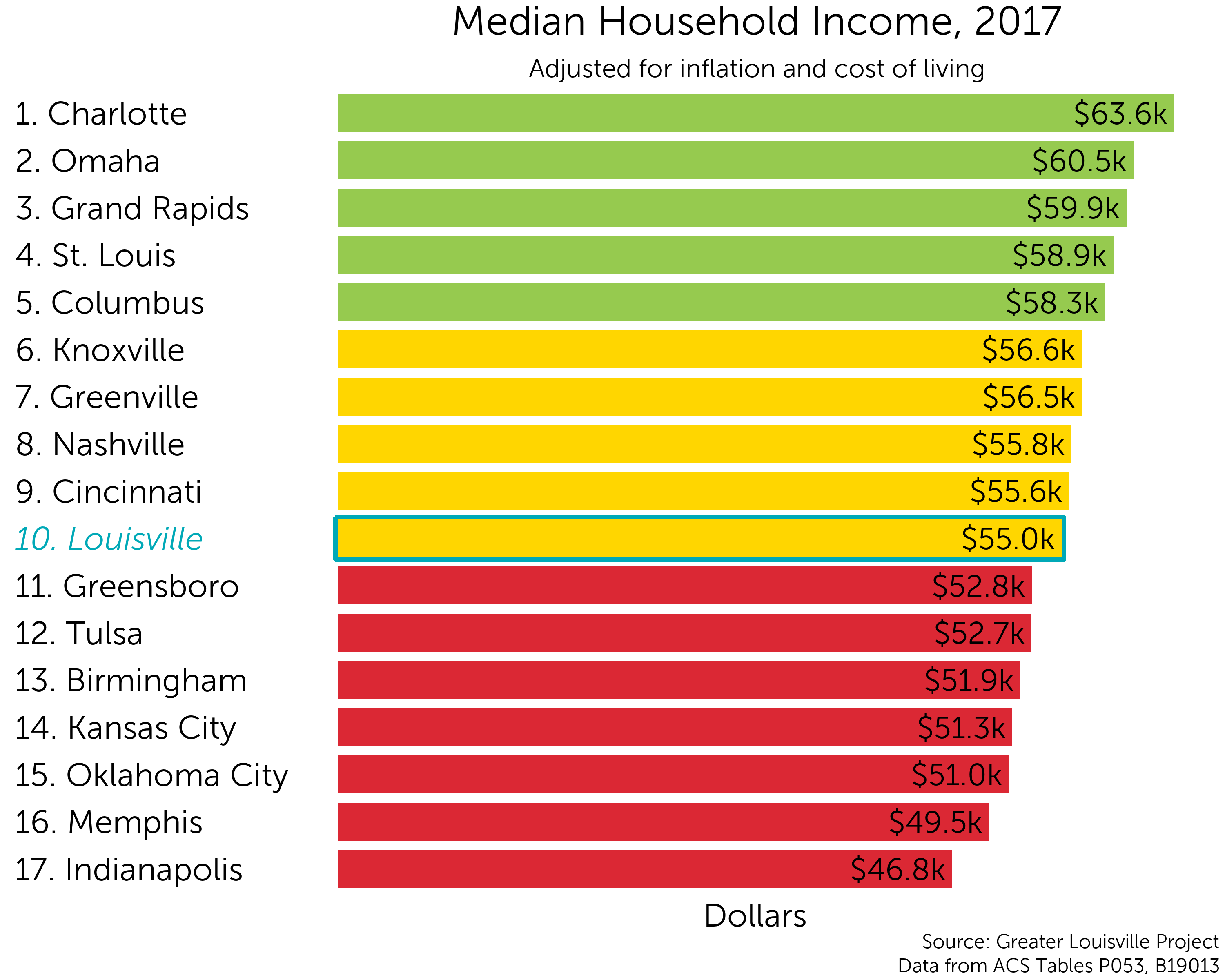 How does the median household income vary across Louisville? 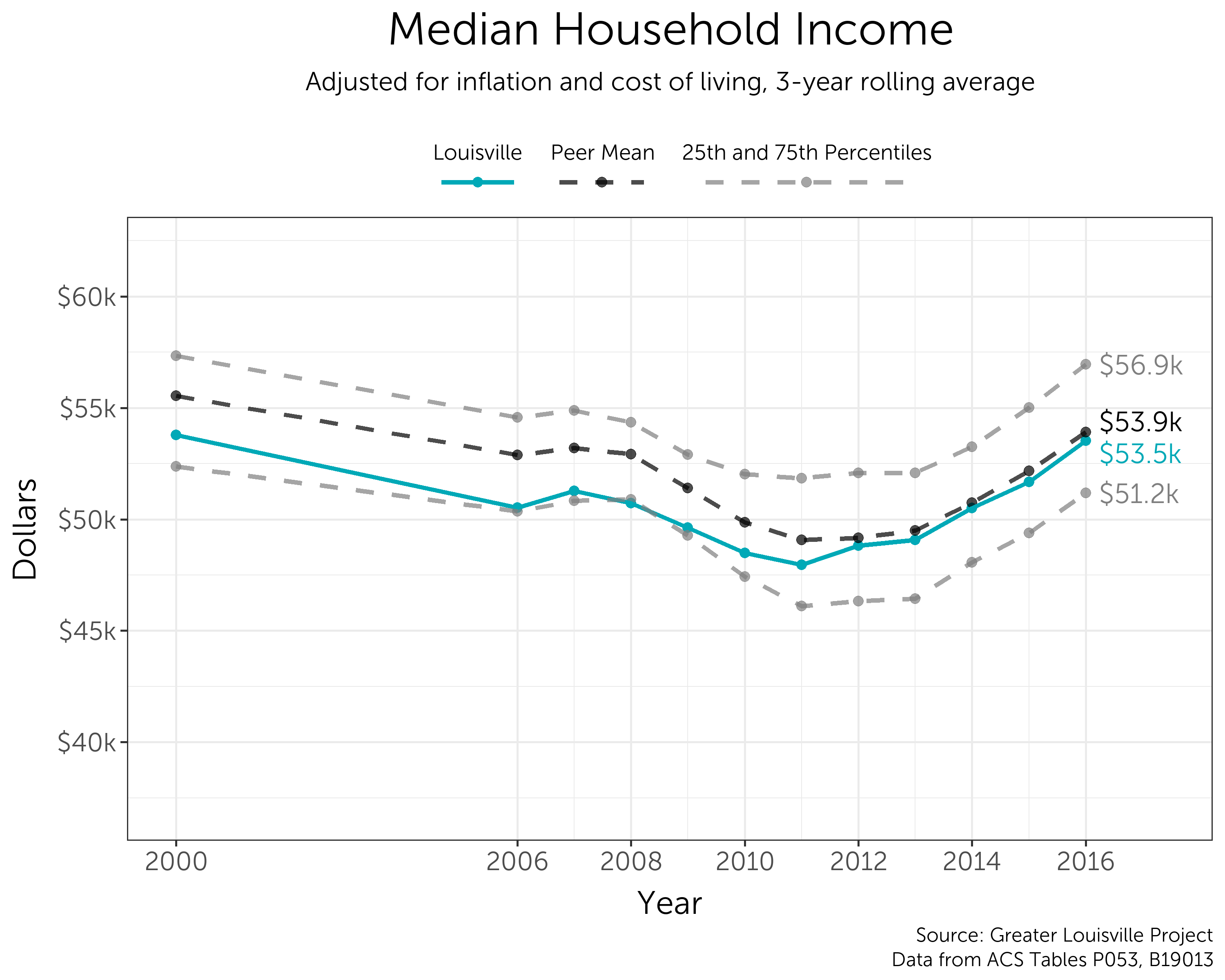 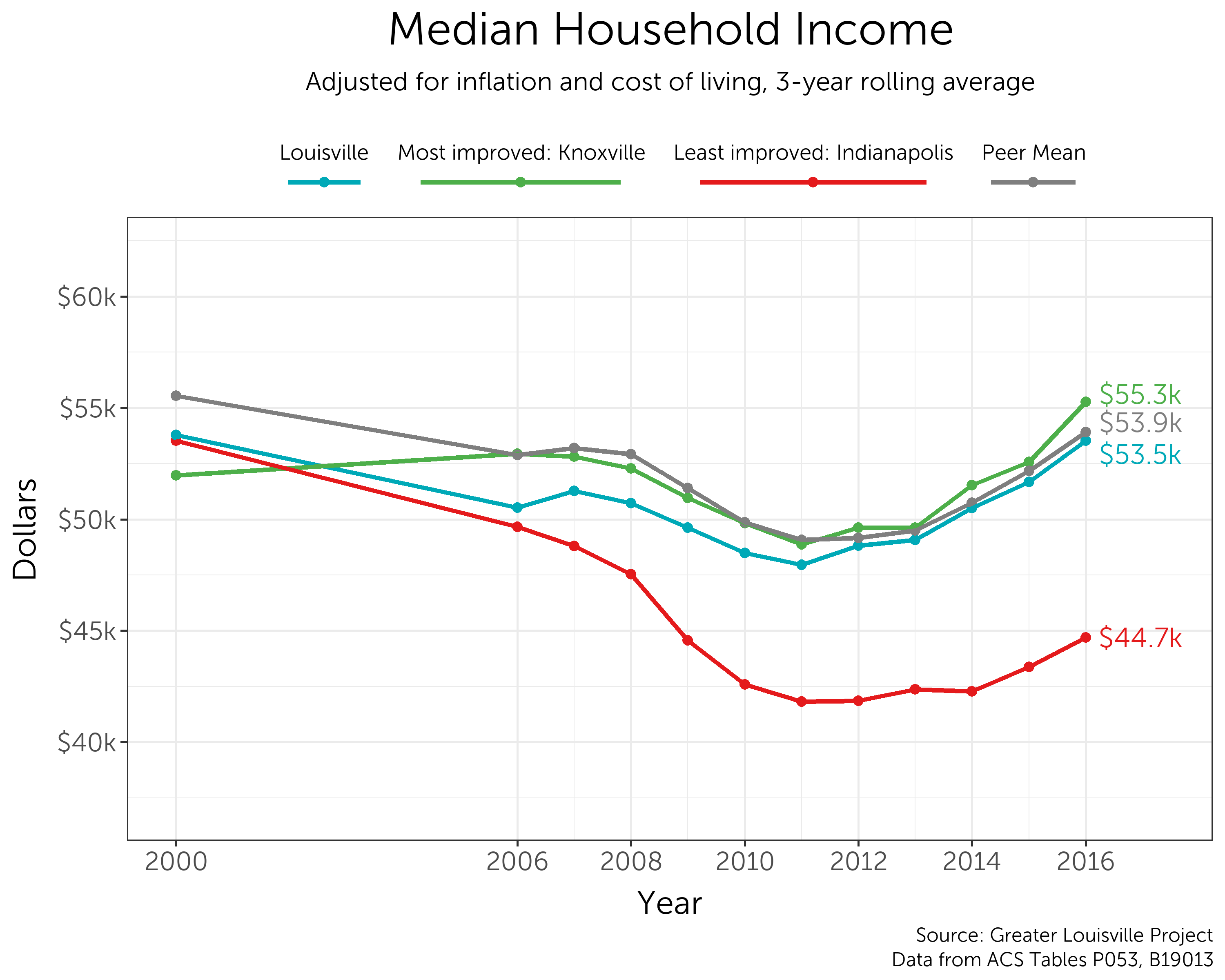 The median income in Knoxville, the most improved city, increased from $3,500 below the peer mean in 2000 to $1,400 above the peer mean in 2016. Louisville’s median household income decreased by $300, compared to an average decrease of $1,600 among peer cities. Median household income in Indianapolis, the worst-performing peer city, decreased by almost $9,000.