Postsecondary education is a significant factor in determining the lifetime earning potential of the average American, making it a critical variable in combating multidimensional poverty. Measuring educational attainment and employment success is crucial in understanding the success of the K-12 educational system. The main metric for postsecondary education is the percent of working age adults with a bachelor’s degree.  Louisville has a target goal of 40% of working age adults holding a bachelor’s degree or higher.

Louisville is in the bottom cluster of its peer group according to a natural breaks algorithm. Cities in green are those that outperform their peers, cities in yellow represent the middle cluster, and those in red are cities that lag behind their peers on this indicator. 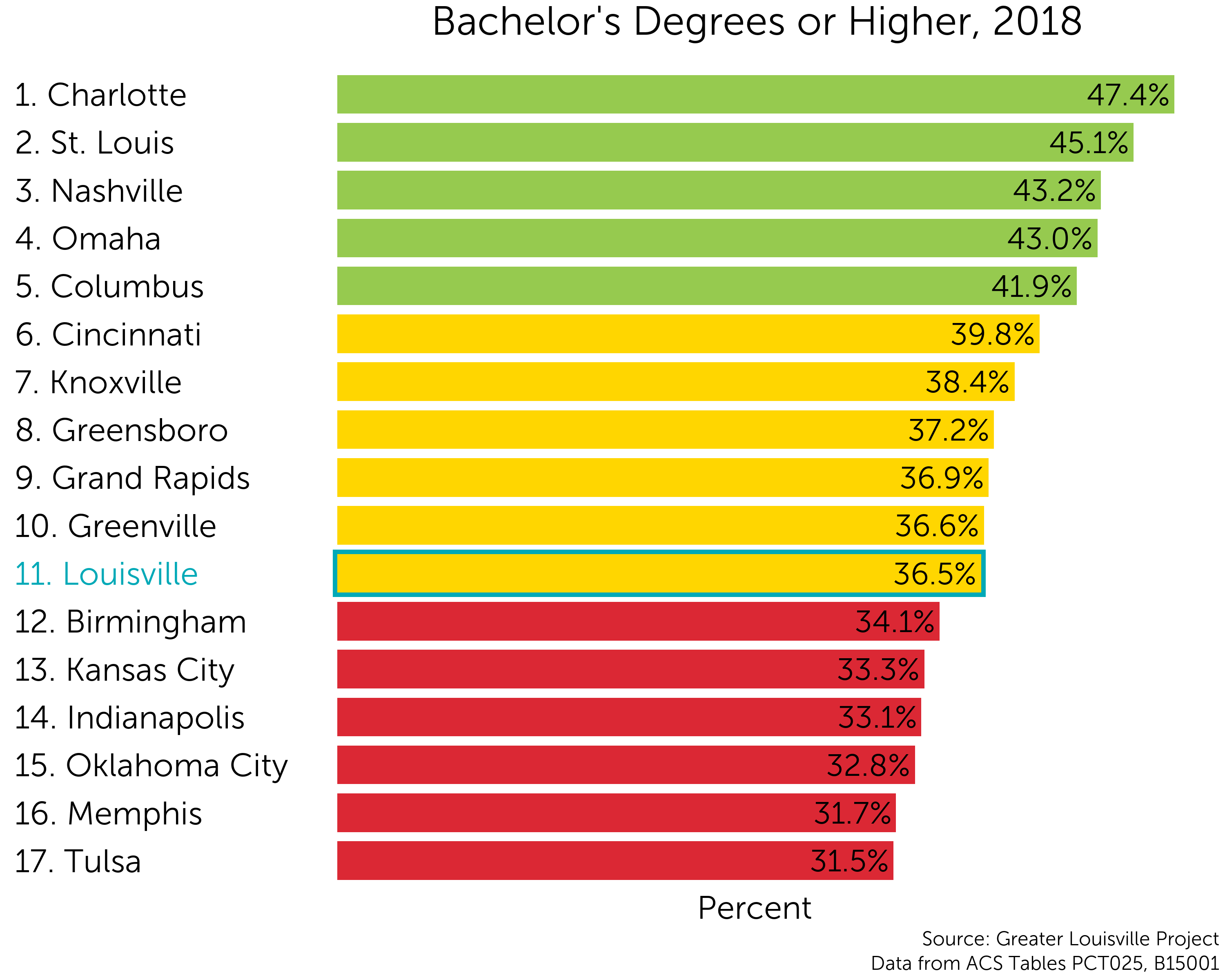 Where are bachelor’s degree holders concentrated in Louisville?

Although Louisville ranks 11th out of 17 cities in attainment of bachelor’s degrees or higher, there is a clear geographical divide in the attainment of a secondary education degree. In the map to the left, areas where bachelor’s and advanced degrees are earned at a high rate can be seen in purple, and areas with lower rates of degree attainment are blue and white.

The highest attainment of secondary degrees can be seen in eastern Louisville in the Northeast Jefferson area, where the highest percentage reaches over 80%. In comparison, western Louisville communities earned fewer secondary education degrees, with the lowest rate being below 3% in some areas of Portland and Chickasaw-Shawnee.

Louisville’s rate of bachelor’s degree or higher attainment has outpaced the peer 25th percentile since 2008. However, the city continues to fall below the peer mean, currently standing at 35%. 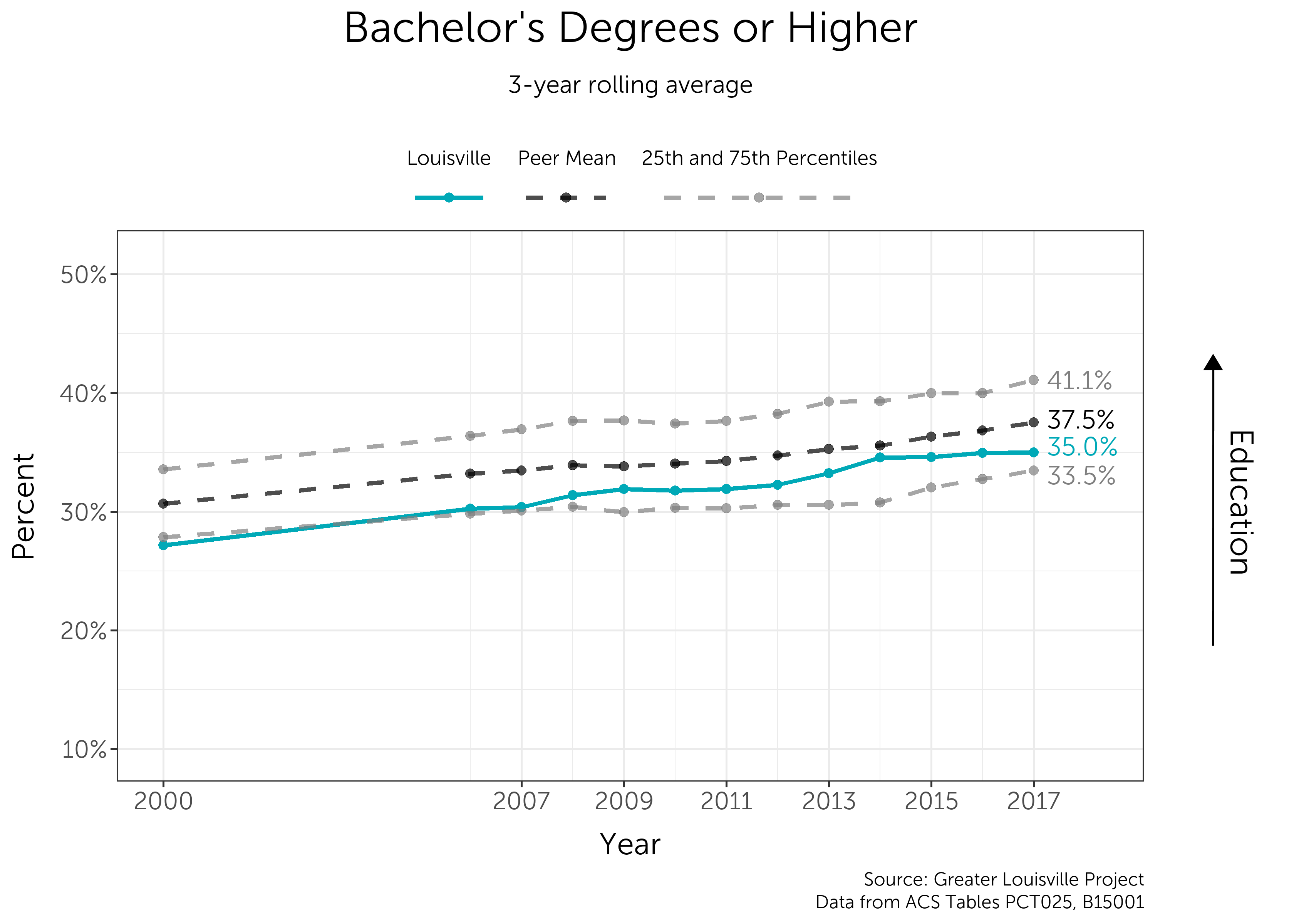 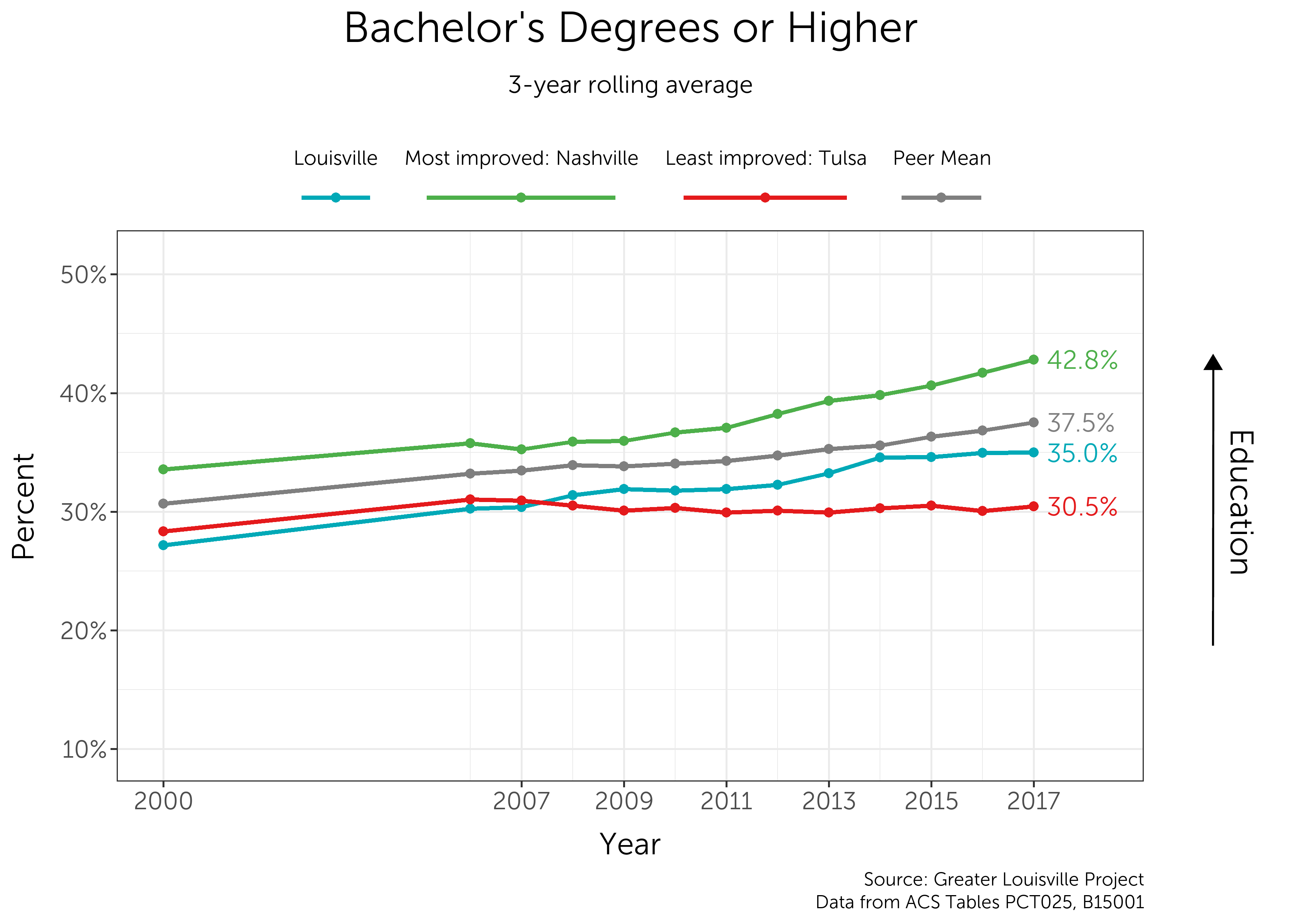 Comparison with the Most and Least Improved Cities.

Nashville continues to perform as the most improved peer city, while Louisville is increasing its rate of working adults with a bachelor’s degree or higher, but at a rate lower than the peer mean. Tulsa, is the least improved city and has shows little performance variation since 2009. 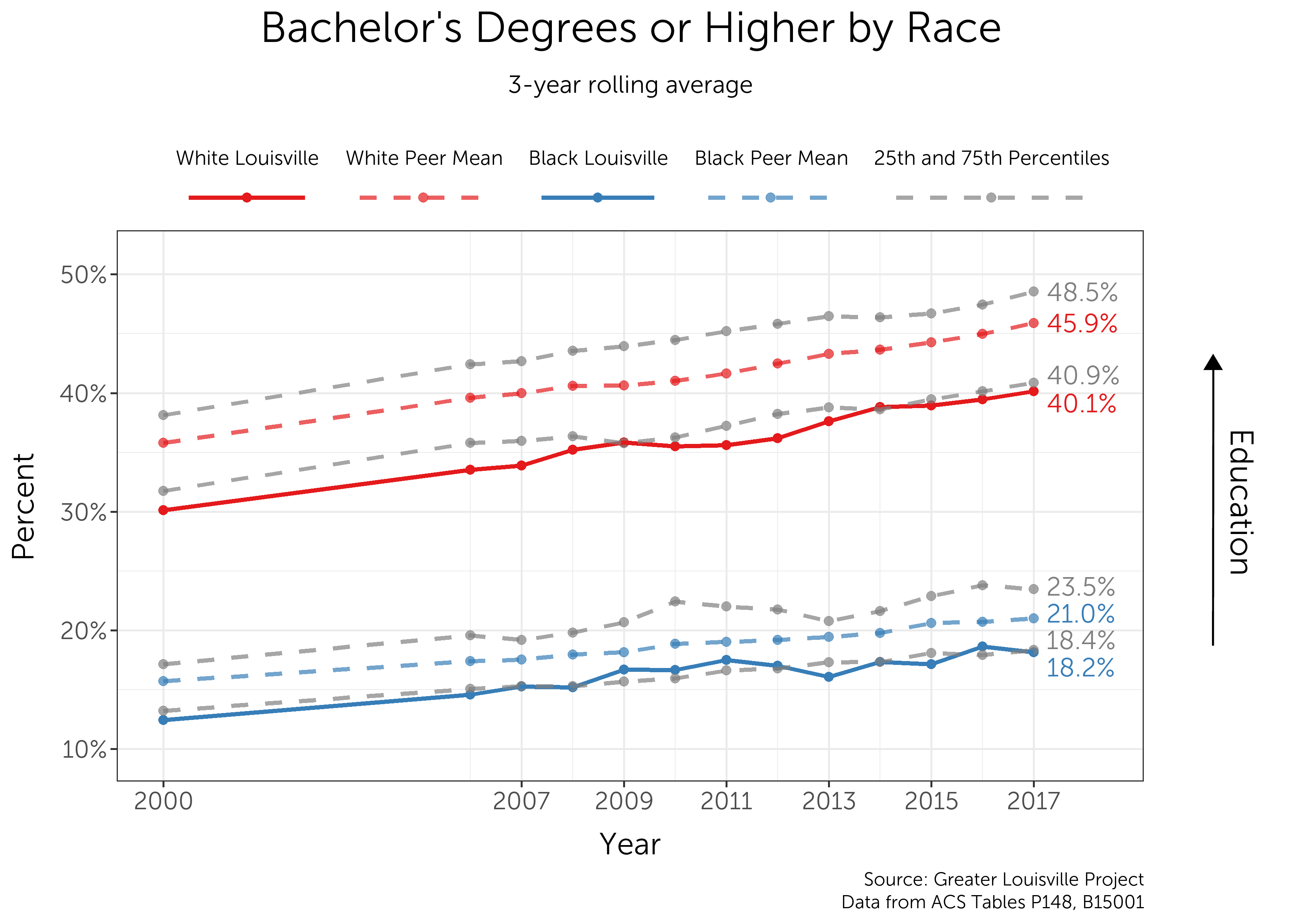 Since 2014, in Louisville and across our peer cities, females have obtained bachelor’s degrees or higher at a higher rate than males. Locally, both males and females currently fall below their respective peer means.

To dig deeper into the demographics and view all combinations of race, sex, and age, view the interactive degree dashboard.