Housing is a critical need for all individuals, and affordable housing is a good indicator of the job market and access to quality jobs within a community. Overcrowding, poor facilities, and homelessness exacerbate the experience of multidimensional poverty and increase risks for disease, depression, and transient housing experience. Ultimately, severe housing problems can lead to homelessness and increased housing vacancies, which results in an increased economic burden on a community and a decreased quality of life for those affected.

Louisville is in the top tier of its peer group according to a natural breaks algorithm. Cities in green are those that outperform their peers, cities in yellow represent the middle cluster, and those in red are a group that lags behind its peers on this indicator. 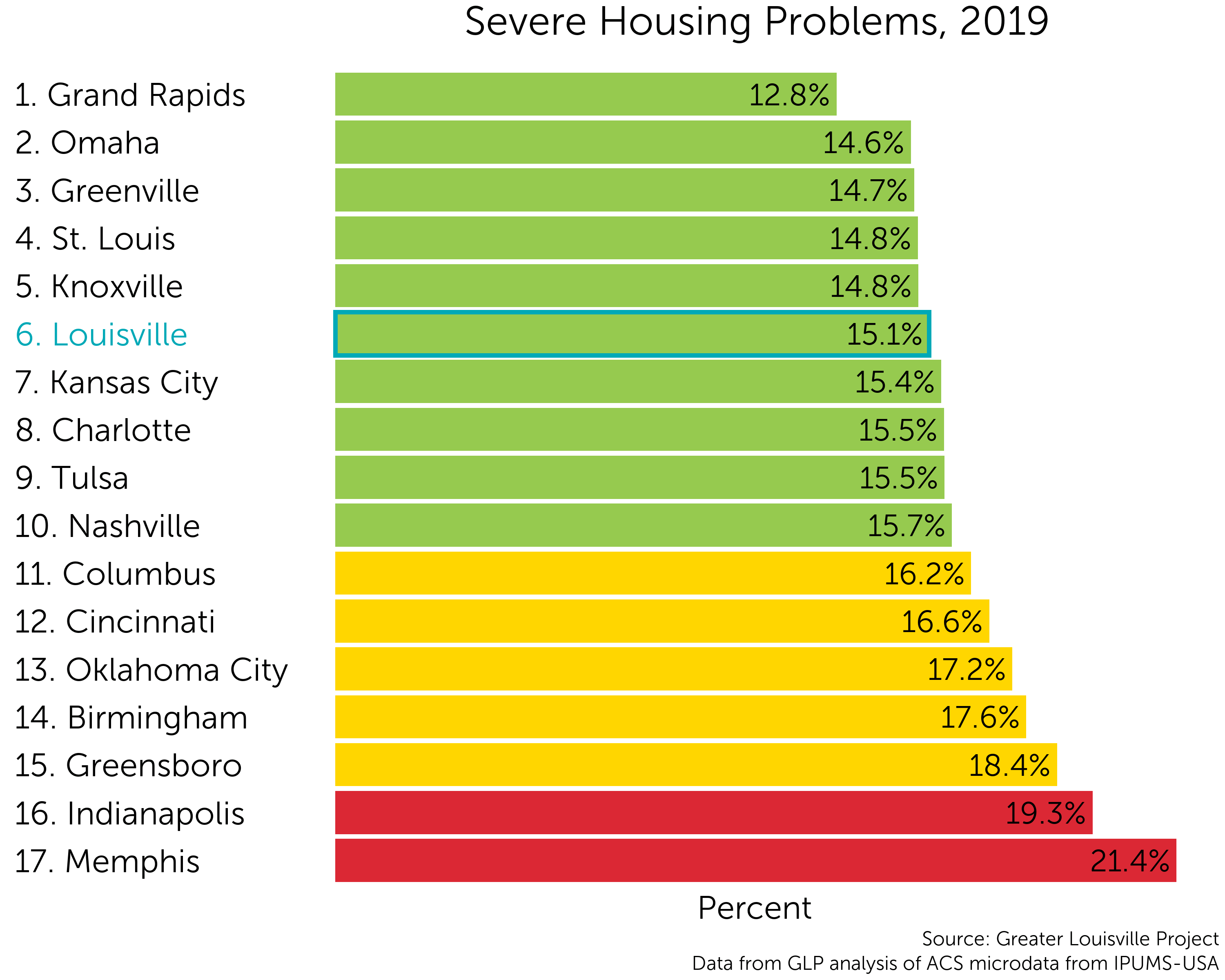 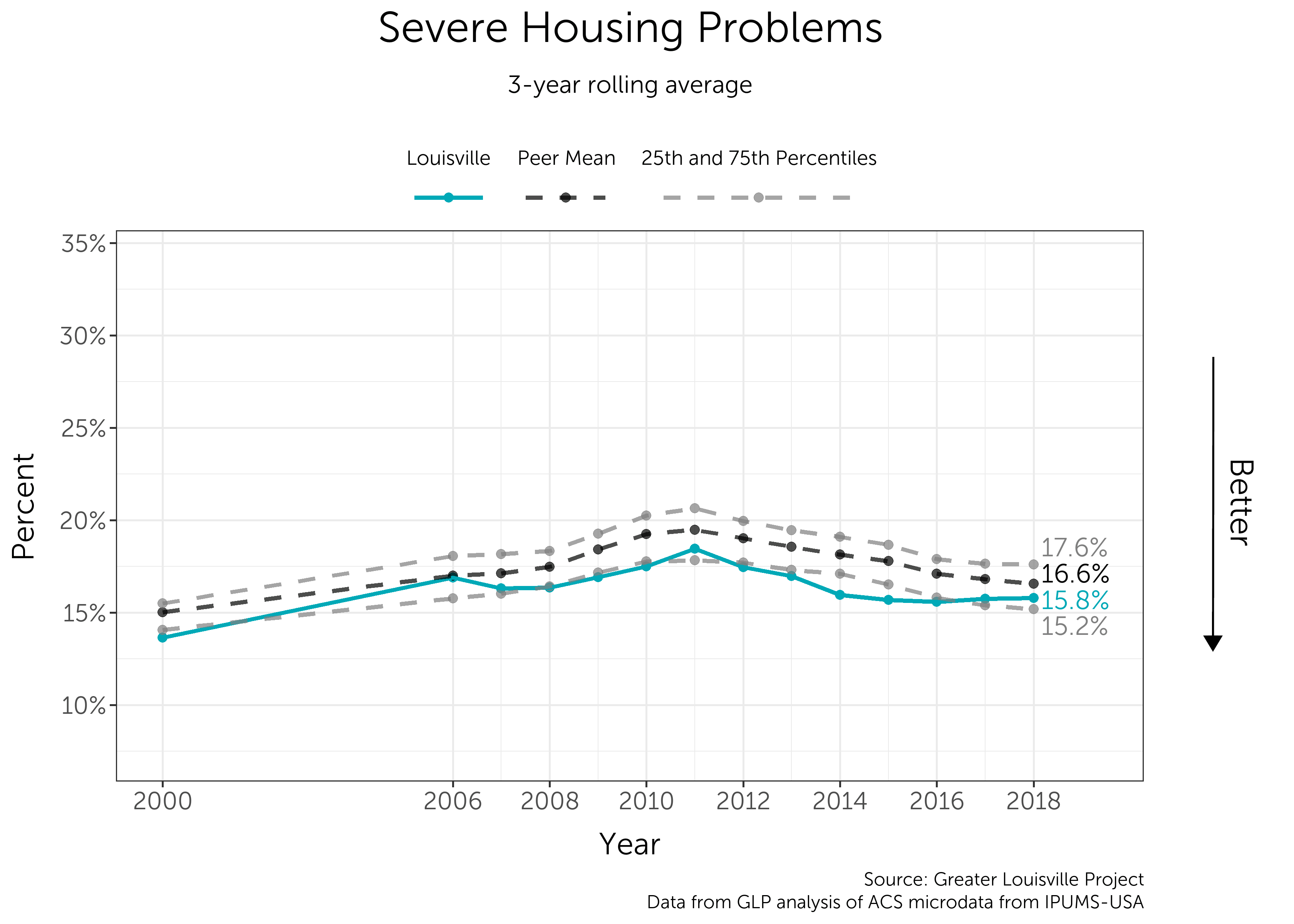 Fewer Louisvillians experience severe housing burden than the peer city average. However, Louisville’s rate of severe housing problems has flattened since 2015, while the rate in peer cities has continued to decrease.

Since 2000, Grand Rapids is the most improved city, while Indianapolis is the least improved city. While both of those cities and Louisville started in very similar positions, they have taken three very different paths. Louisville’s progress closely mirrored that of Grand Rapids until diverging in 2016. 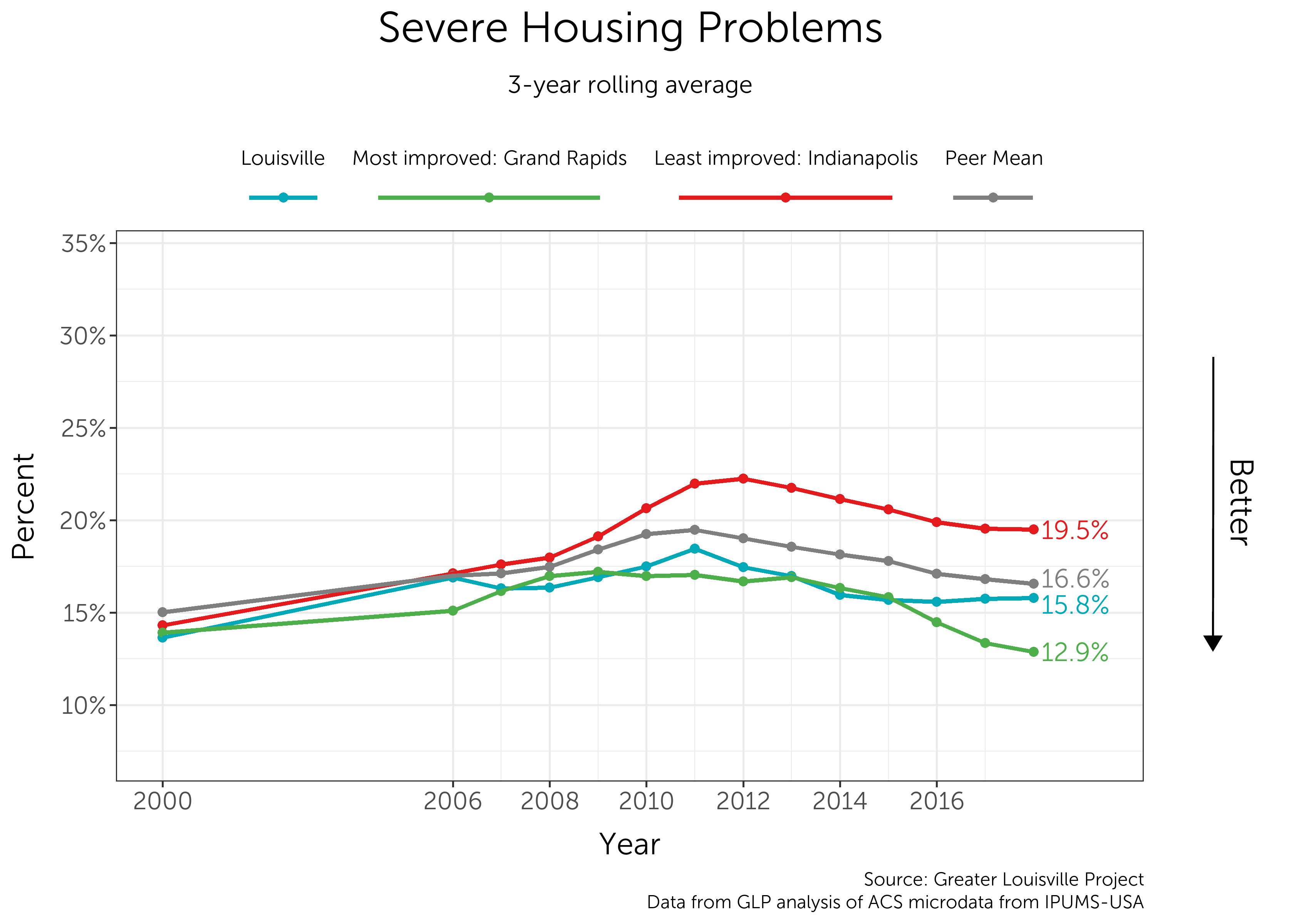 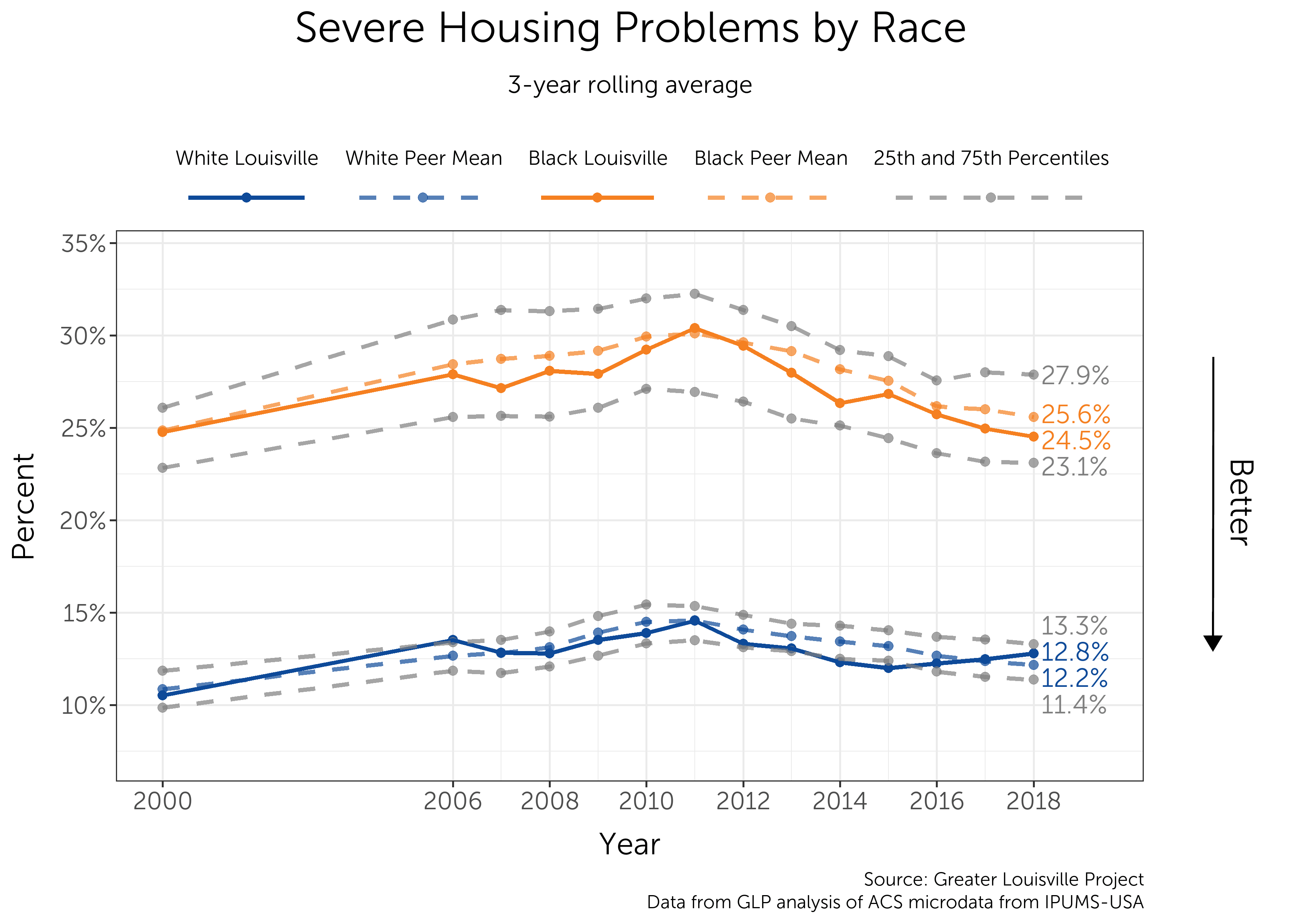