A positive influx of new residents to a community indicates that a city is thriving enough to attract new residents. Attracting national talent to Louisville will strengthen our local economy. Additionally, growing our regional and cultural diversity with new residents will enrich the vibrancy of our communities. 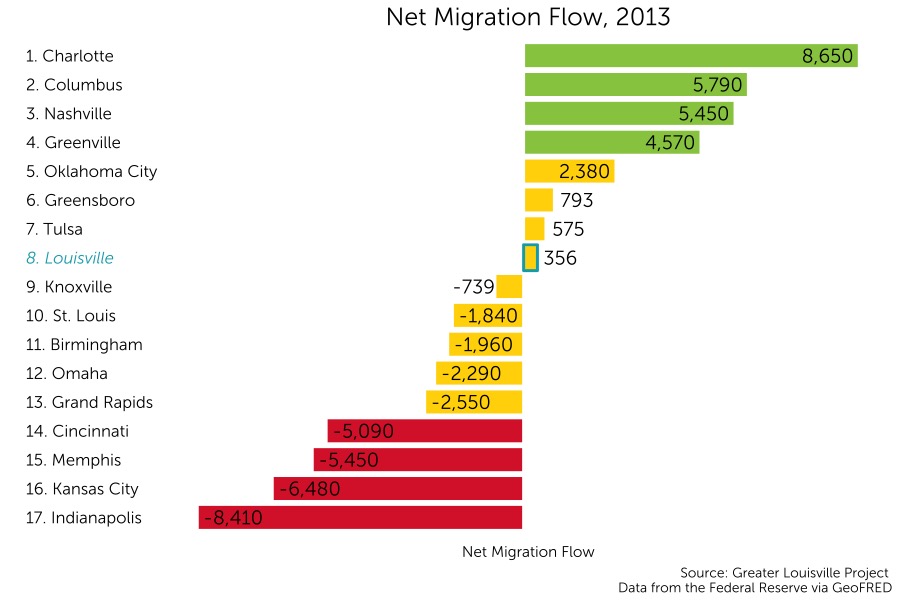 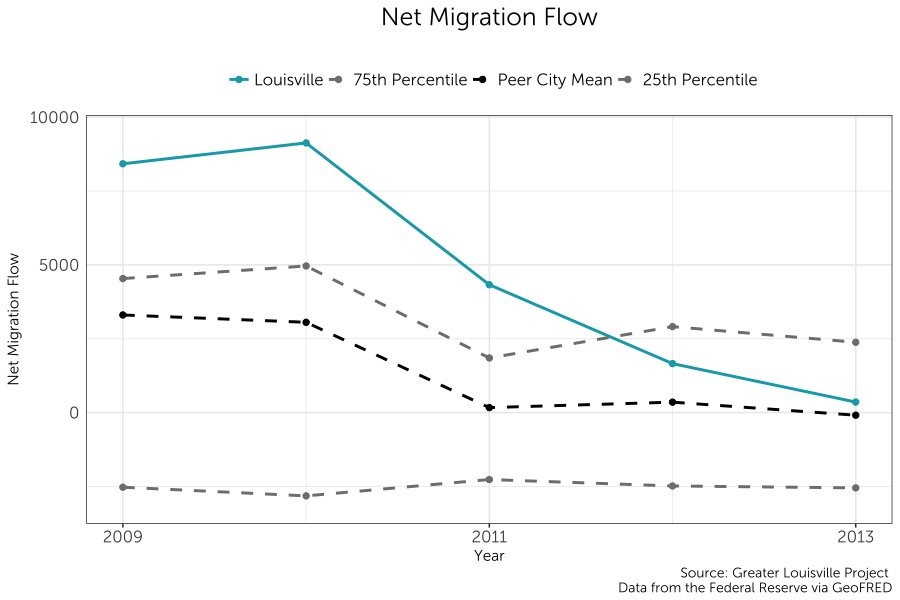