The National Association of Educational Progress (NAEP)  administers standardized assessments to students across the United States every two years. The test assesses students’ knowledge and skills in math and reading. NAEP scores are valuable indicators of student performance compared to schools within Kentucky and across the nation. The date below pertain to public school students.

The average scores for students in both JCPS and other districts in Kentucky have remained fairly constant since 2012. JCPS students perform close to the level of KY public school students, a trend not seen in all other metrics.  According to the NAEP, the average JCPS score is above the basic level but below proficiency. The reading exam given to 4th graders is out of 500 points. 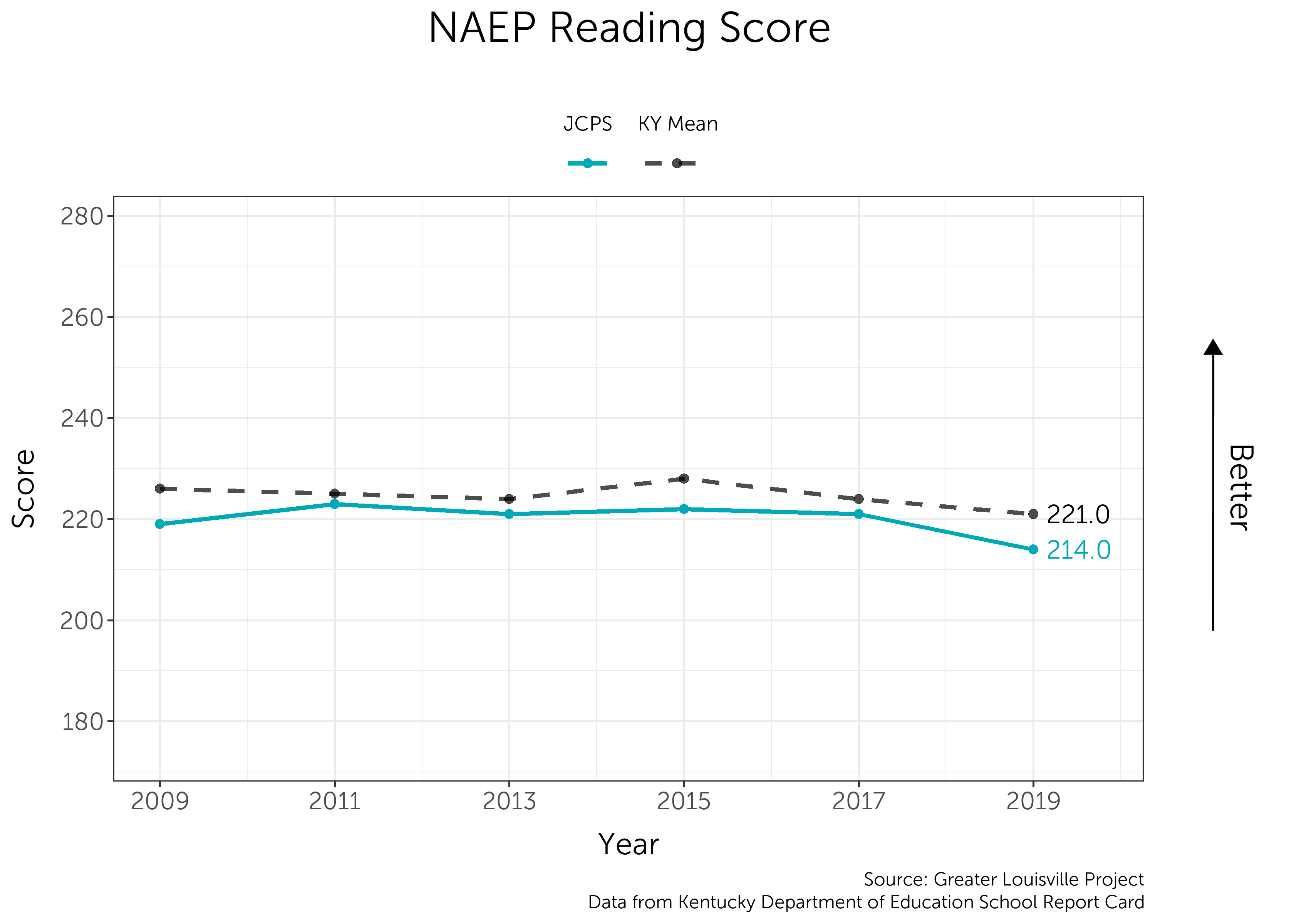 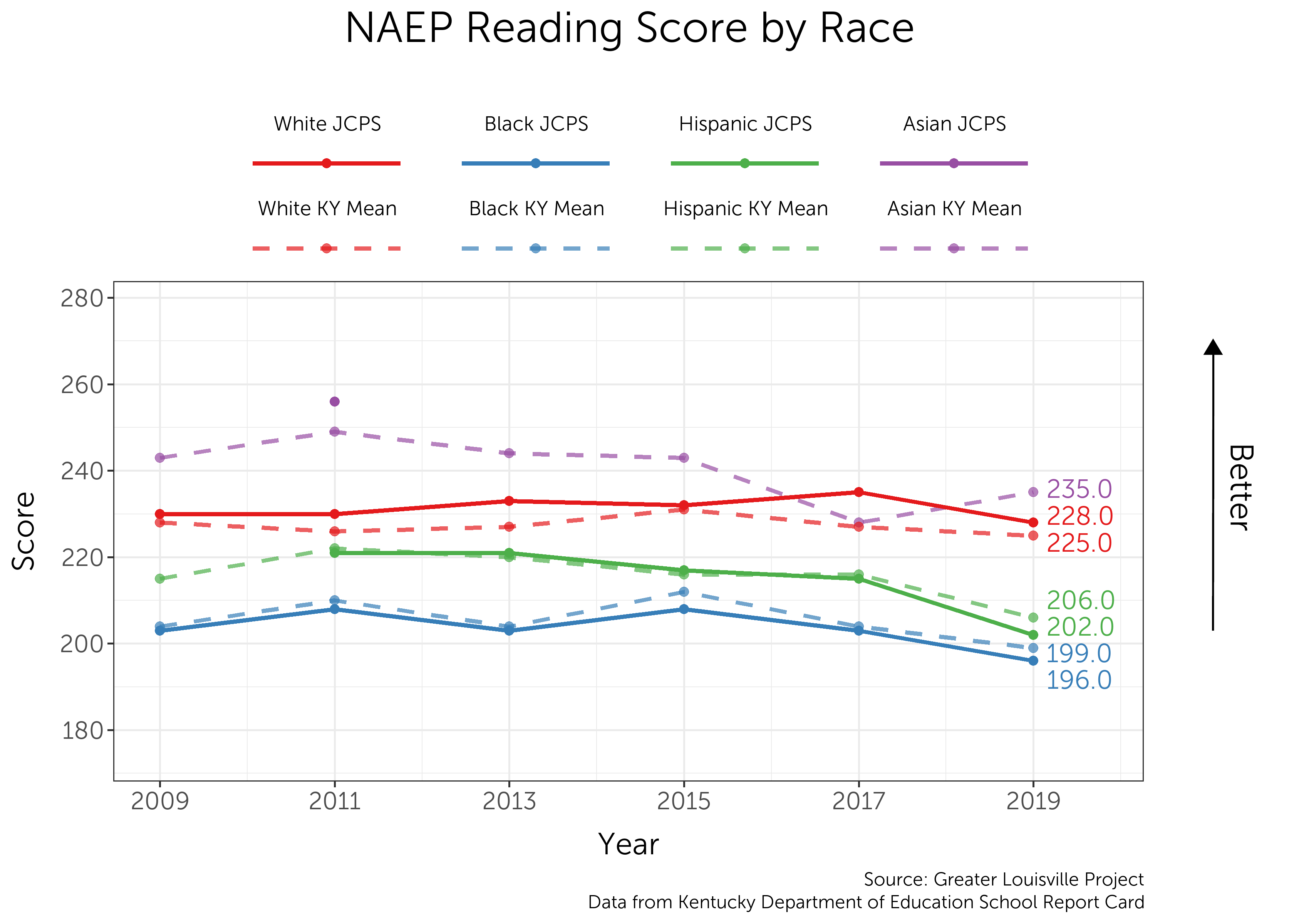 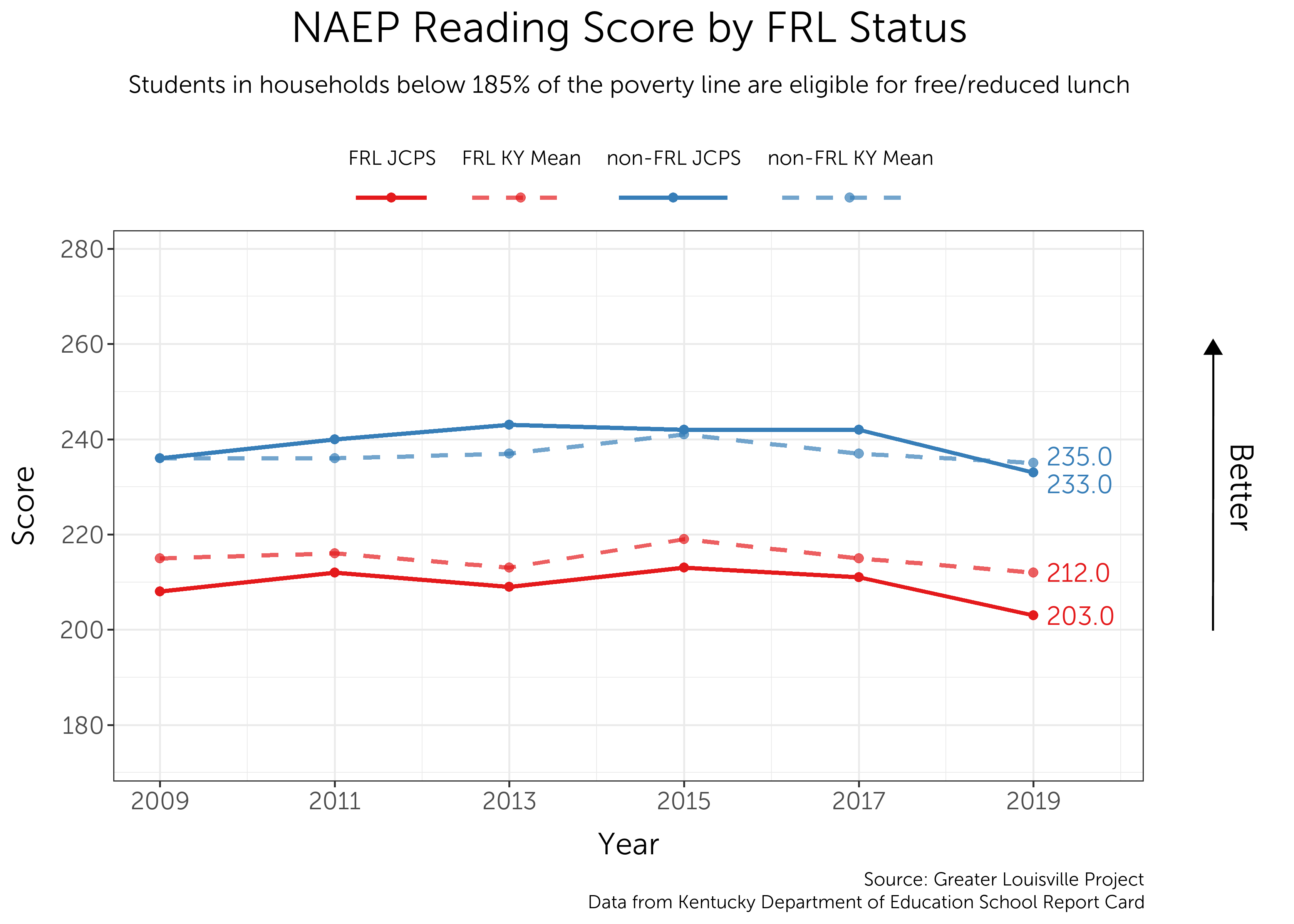 Differences Based on Free or Reduced Lunch Status

Students that qualify for free or reduced lunch continue to obtain lower NAEP reading schools both in JCPS and in KY public schools. JCPS students with higher family incomes typically perform at or above the level of their Kentucky peers, while JCPS students with lower family incomes usually perform several points below the state average for their peers.