Louisville’s economic development efforts must create jobs that keep families out of poverty and those that create higher incomes to drive economic prosperity. Factors like high wage job attainment, unemployment, and affordable housing indicate the state of the job market and the ability of residents to achieve financial independence and stability. The main metric for 21st-century workforce and talent is median earnings. Louisville has a target goal of being in the top 50% of its peers in median earnings.

Louisville’s median earnings of $33,300 ranks 6th among its peer cities.

Louisville is in the middle of its peer group according to a natural breaks algorithm. Cities in green are a cluster that outperforms their peers, yellow represents the middle cluster, and red is a group that lags behind its peers on this indicator. 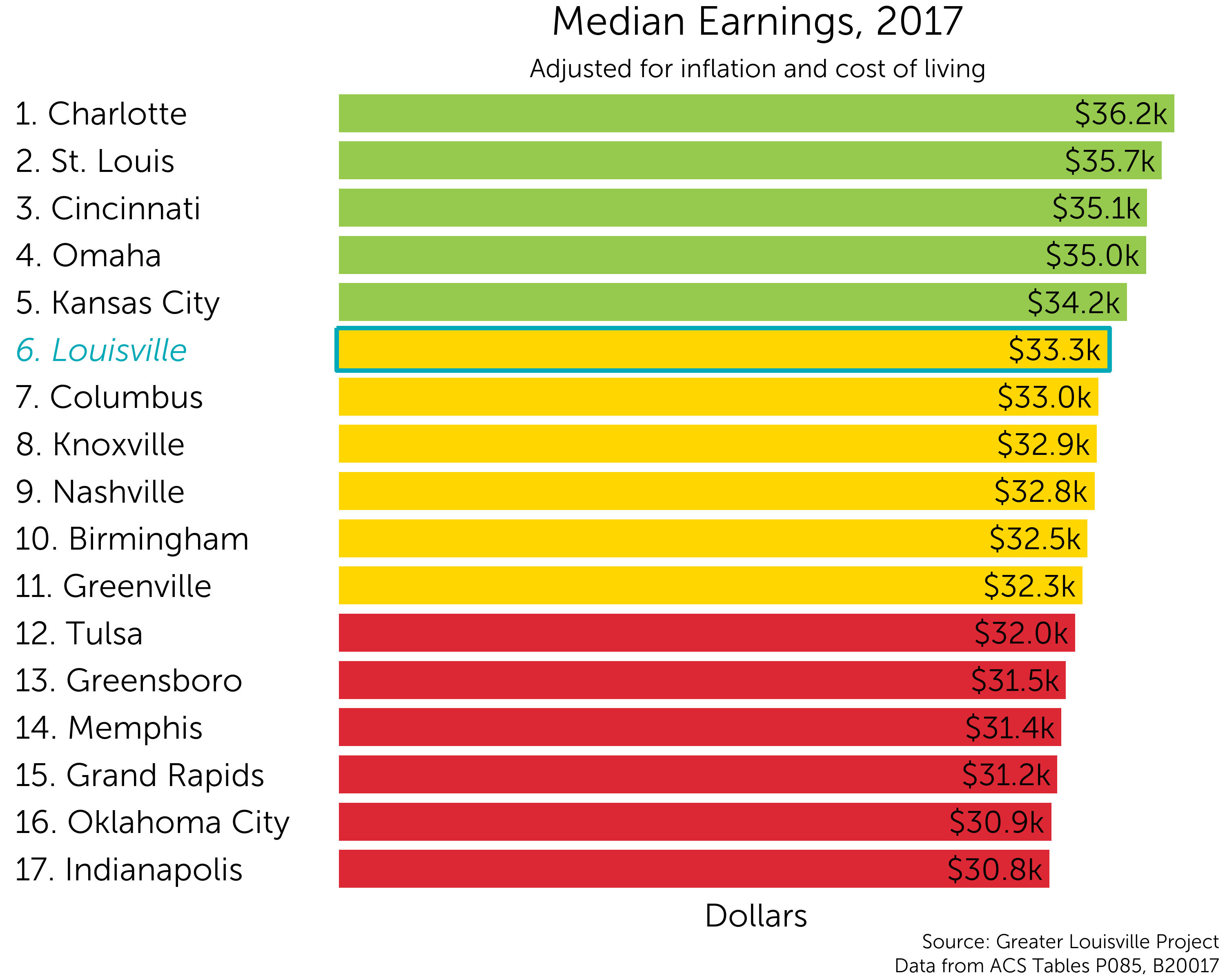 How does median earnings vary across Louisville?

Median earnings Louisville fell during the Great Recession and have since recovered. Earnings have increased steadily 2011. 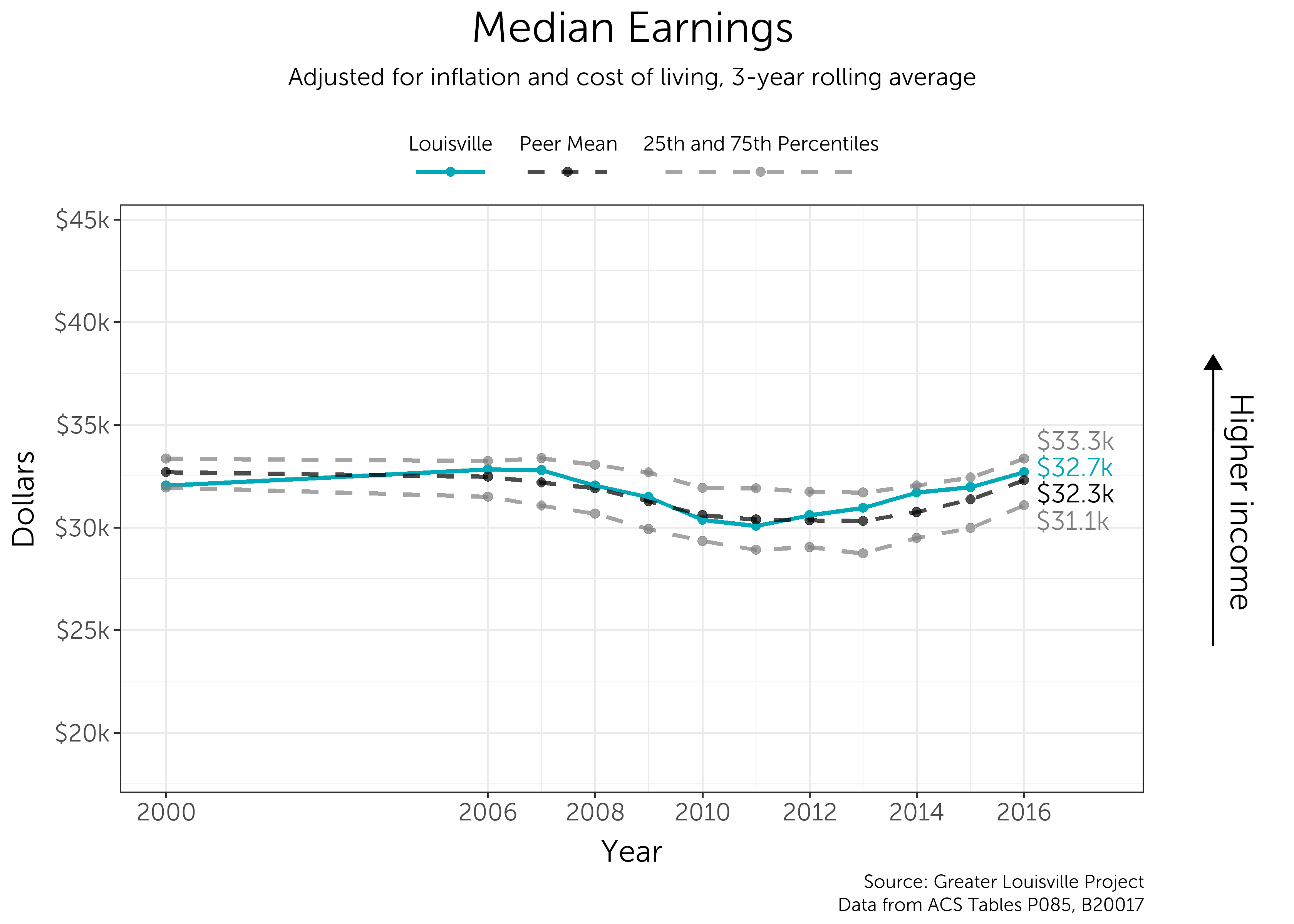 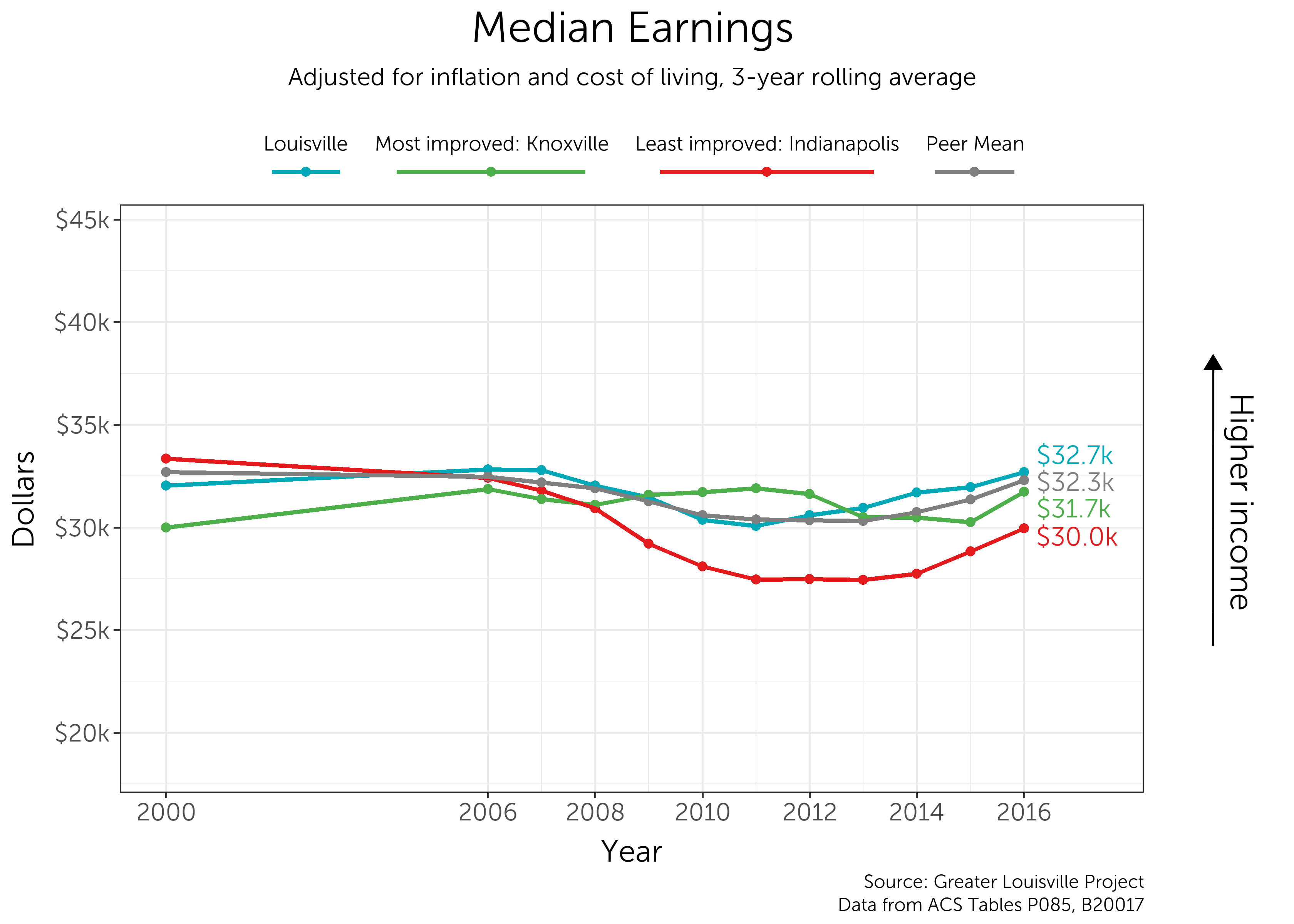 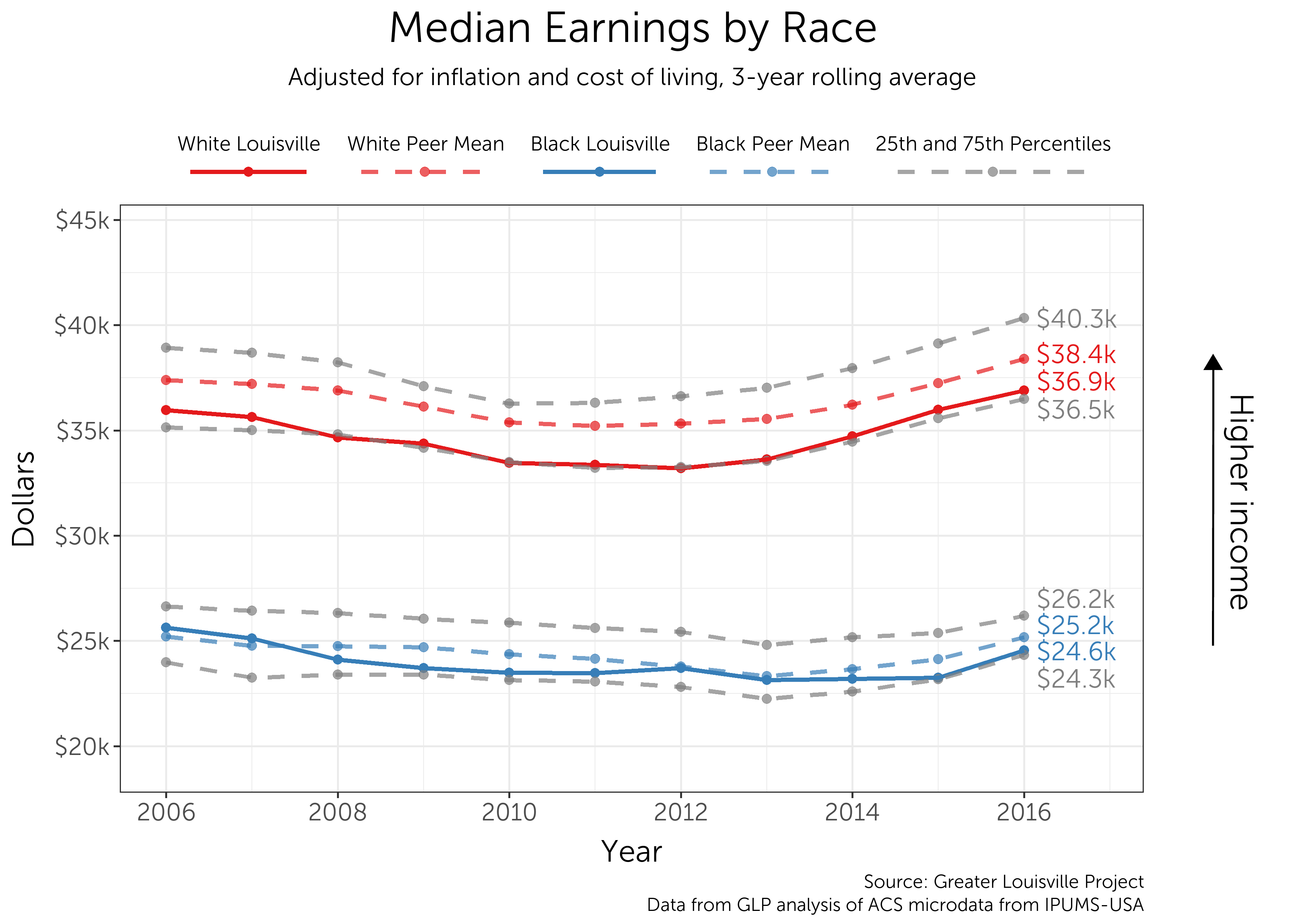 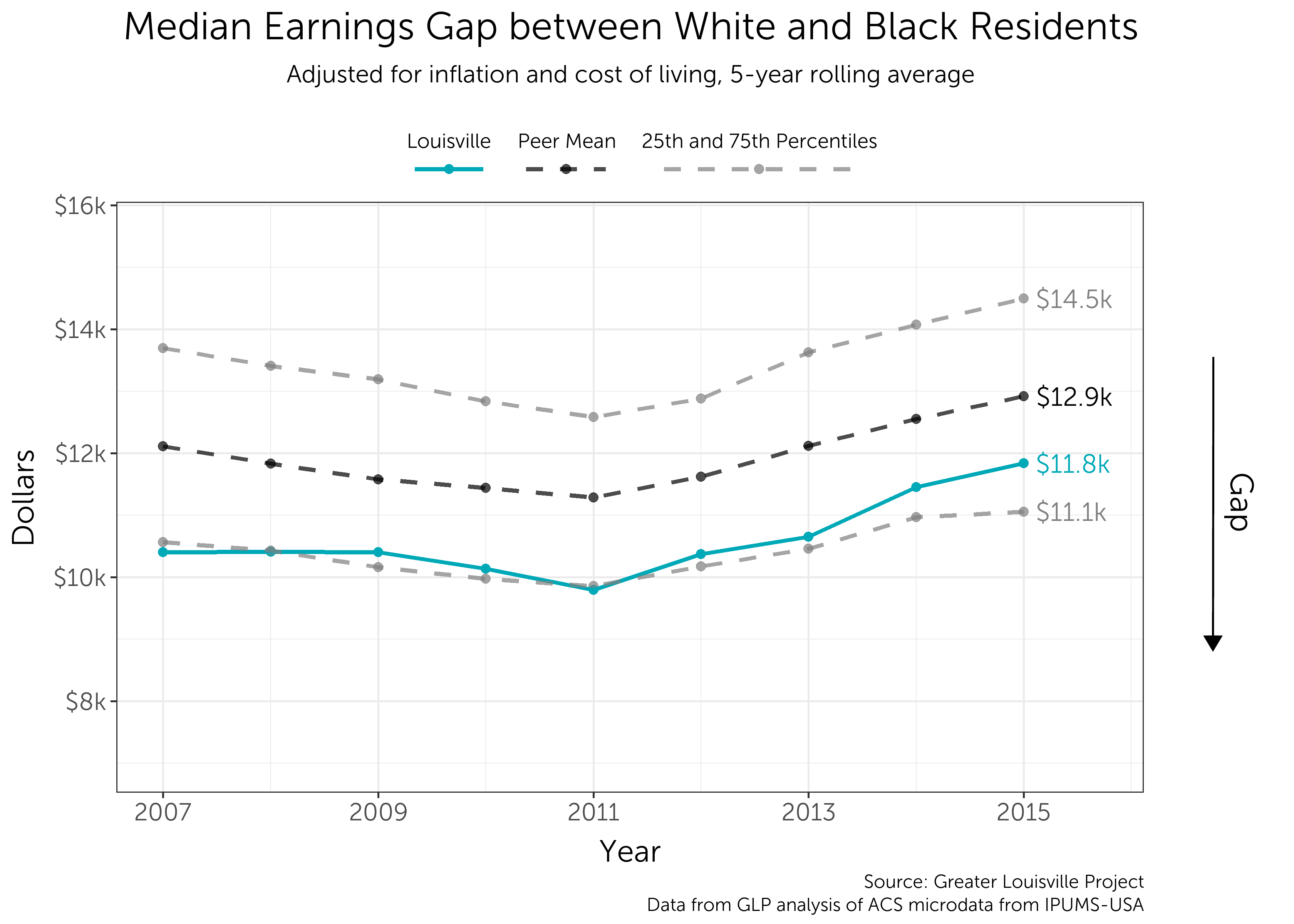