Injury mortality rate is the summation of both intentional and unintentional deaths, including criminal deaths and “accidental” deaths such as falls and poisonings.

Louisville is in the bottom tier of its peer group according to a natural breaks algorithm. Cities in green are those that outperform their peers, cities in yellow represent the middle cluster, and those in red are a group that lags behind its peers on this indicator. 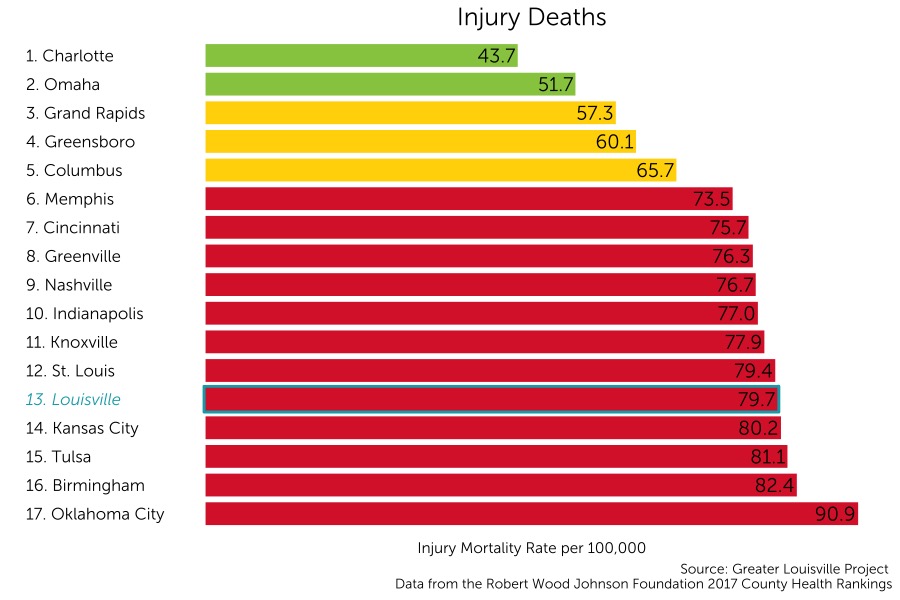