Louisville’s economic development efforts should focus the quality of jobs created, not just the quantity. Emphasizing job growth in high-wage sectors will help more families achieve financial stability and reinvest their expendable income into the community. Additionally, the percentage of high wage jobs is an important factor for individuals who are considering moving to Louisville and joining the workforce.

Louisville currently ranks 13th among its peer cities in the rate of workers employed in high wage jobs, with 41.3% of its workforce employed in high wage jobs. Jobs are determined as high wage if their categorical assignment within the American Community Survey has a median income of greater than $35,600. These industries include management professionals, law enforcement, and construction/maintenance. 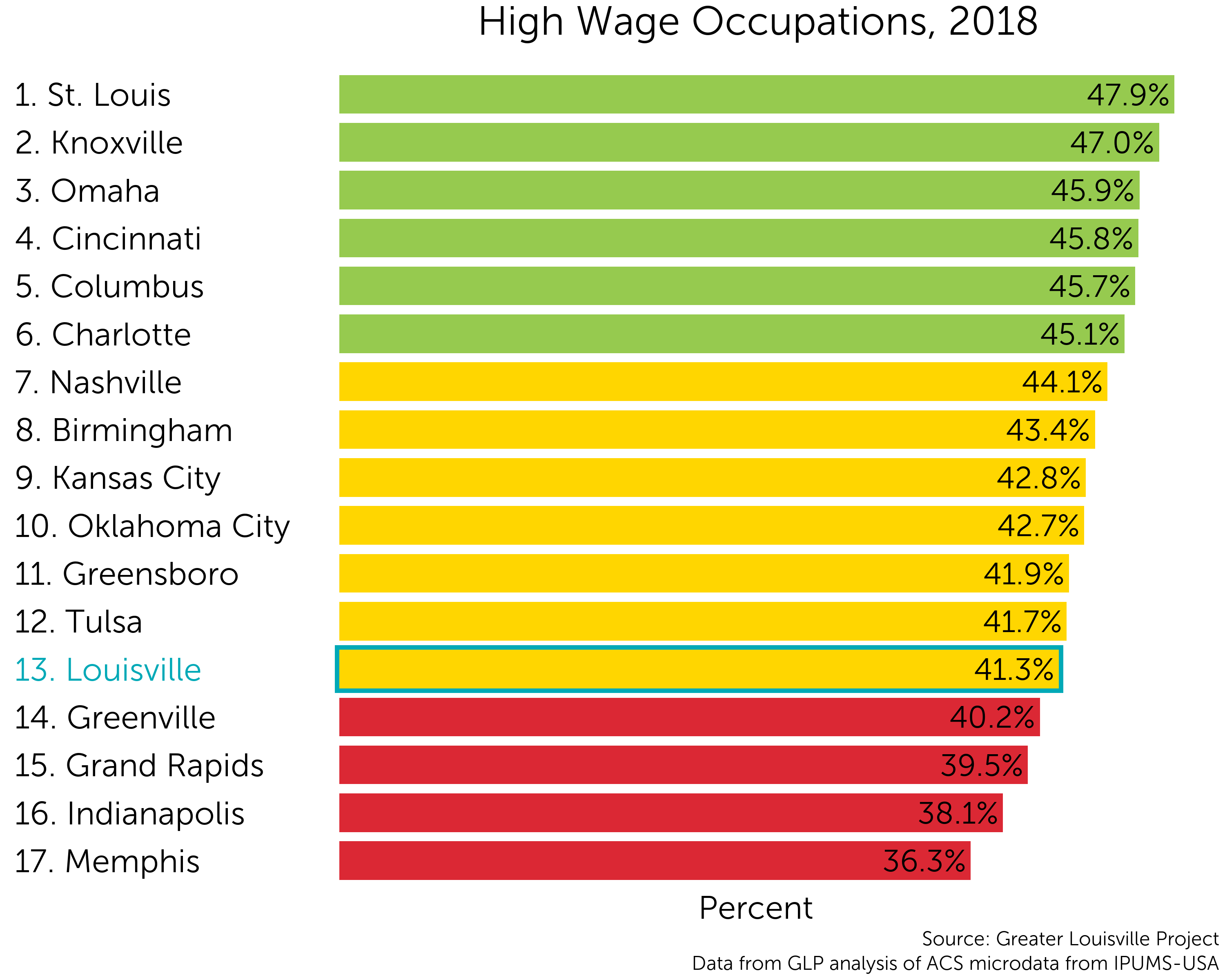 Where are employees in high wage occupations found in Louisville?

Since the year 2000, Louisville has trailed behind the peer mean, hovering around the 25 percentile. The city is less than one percentage point below the 25th percentile and sits at 39.9%. 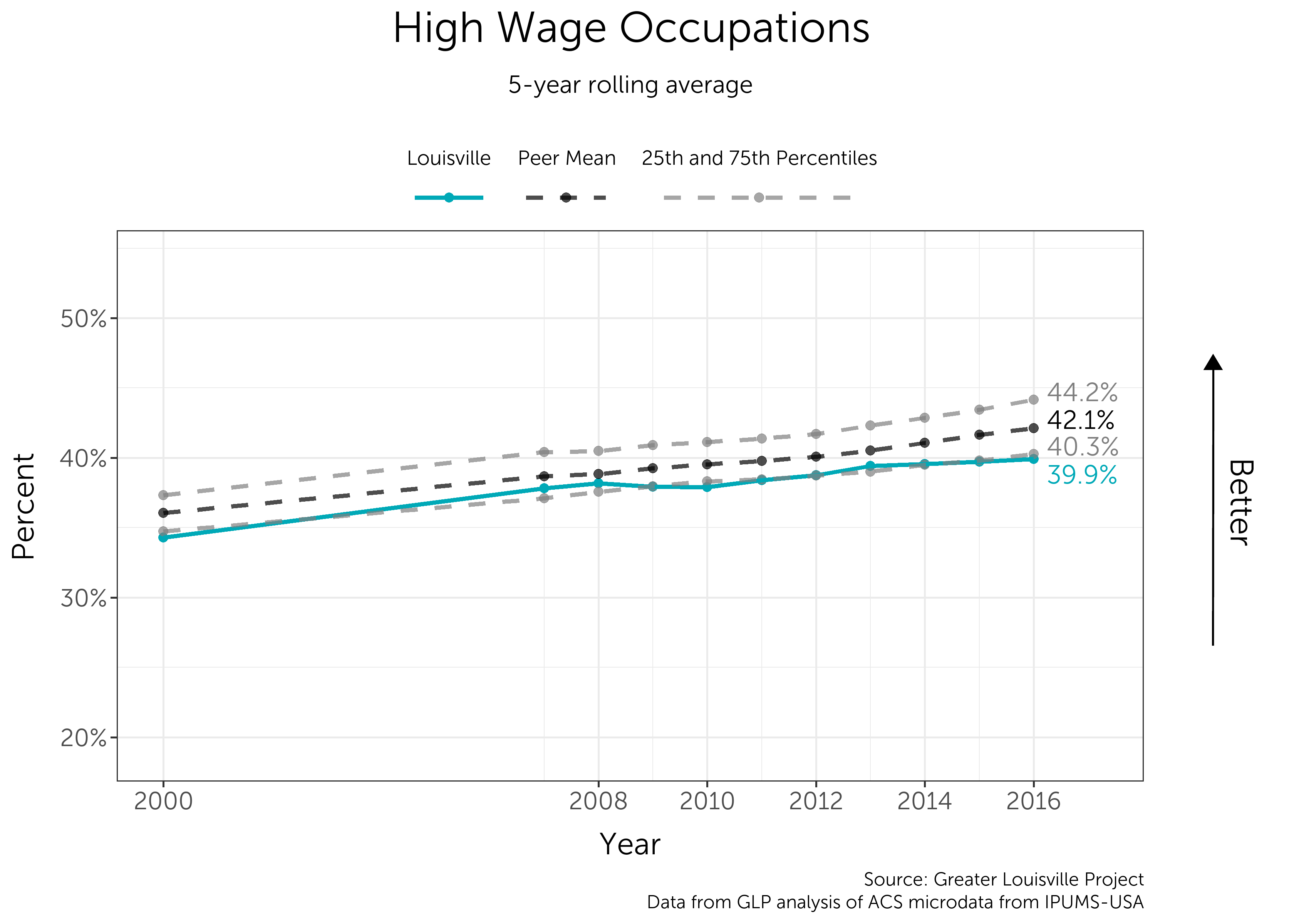 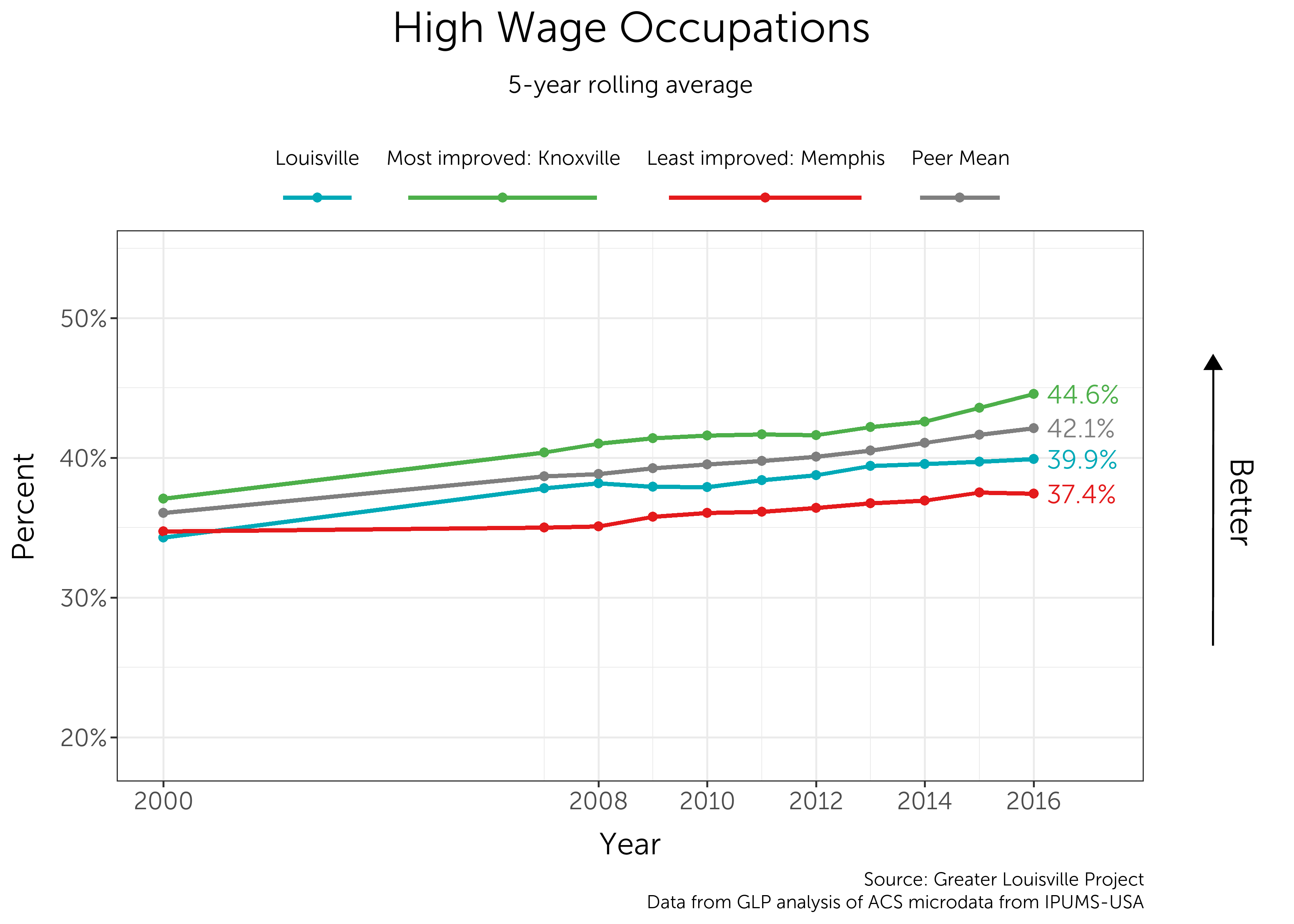 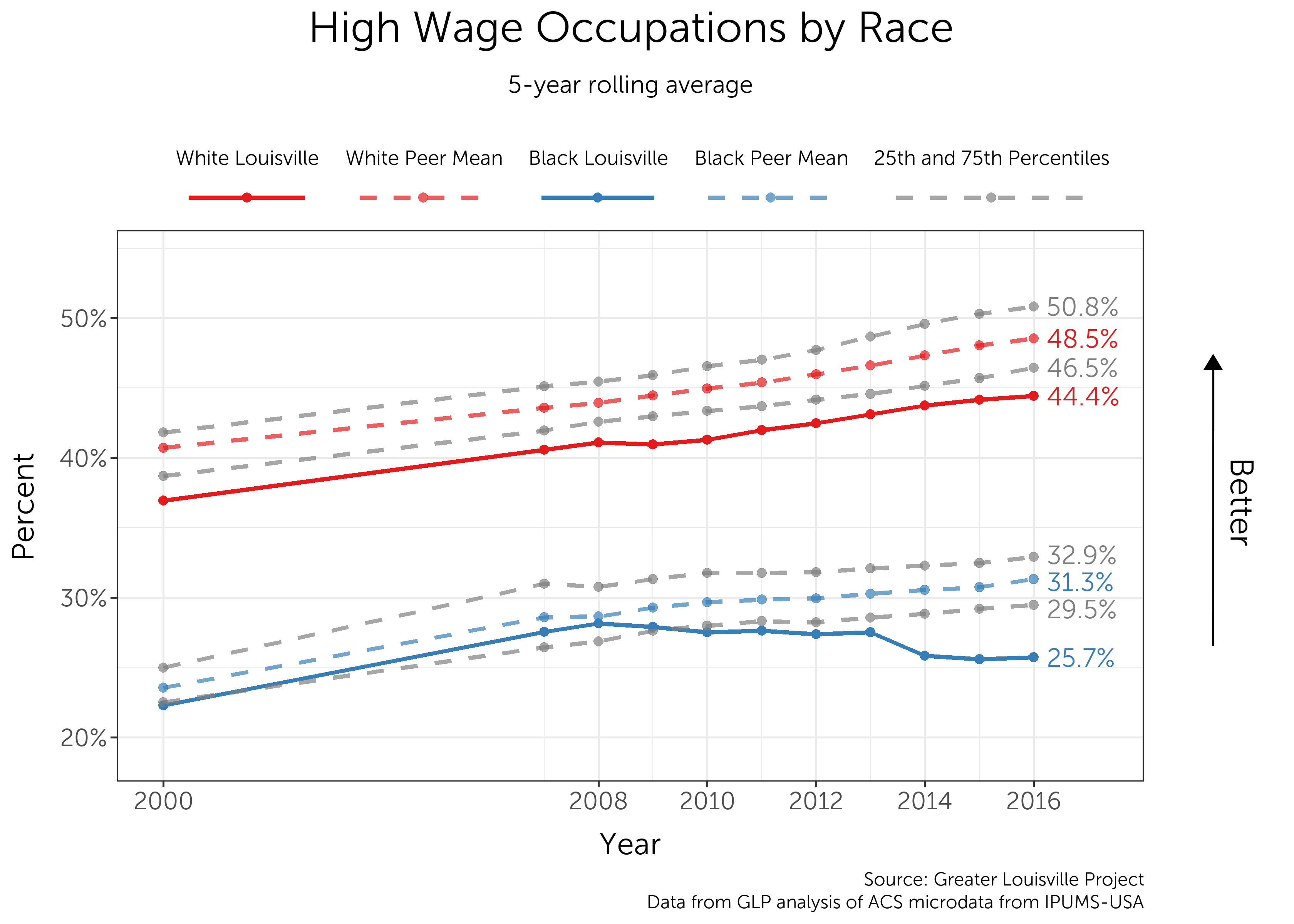