Louisville currently ranks 8th among its peer cities with 13.5% of young adults having earned a post-baccalaureate degree. 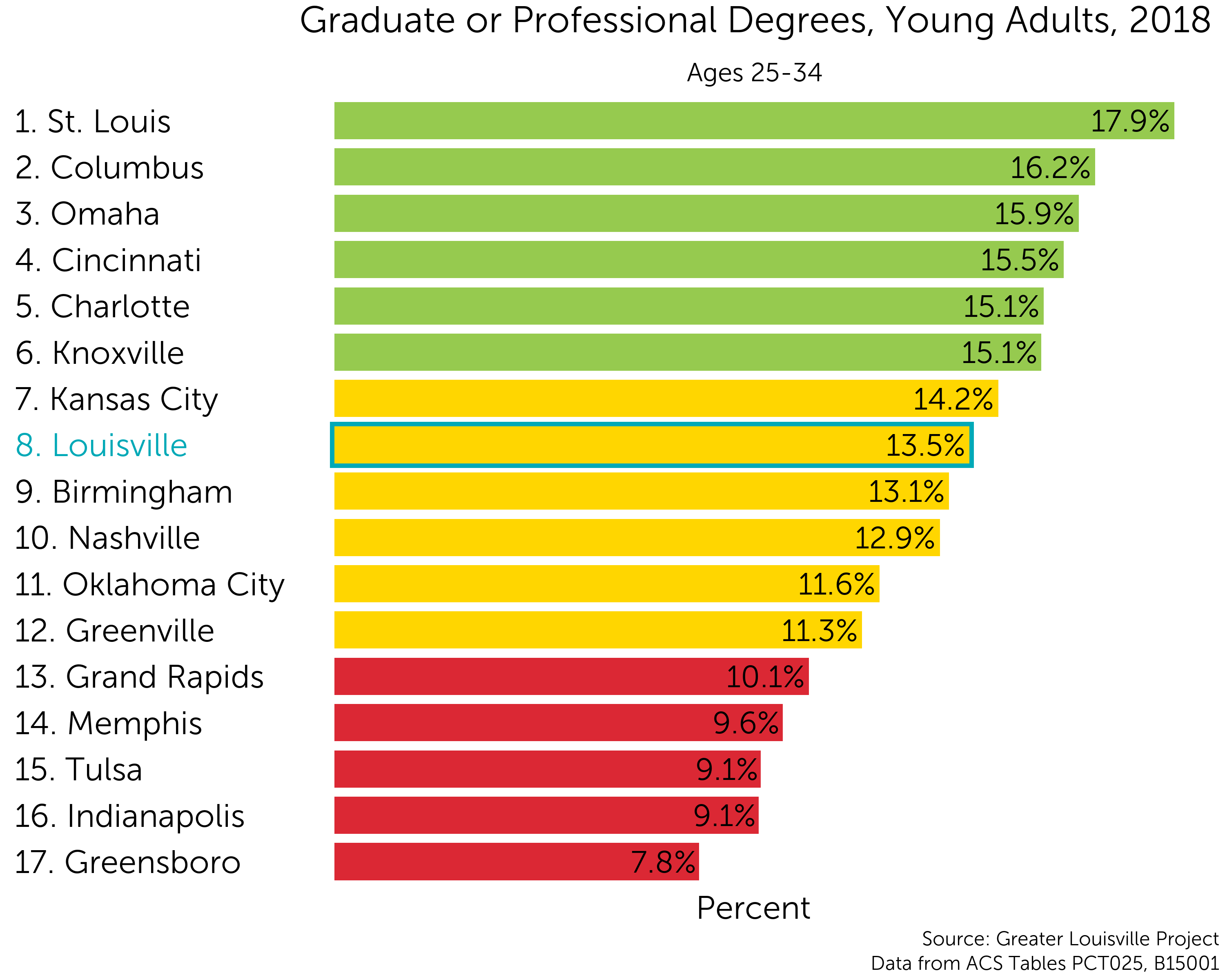 Where are graduate and professional degree holders concentrated in Louisville?

Post-baccalaureate educational achievement is most concentrated the Highlands where over 31% of the young adult population have a graduate or professional degree. Conversely, the lowest concentration of earned post-baccalaureate degrees can be seen in the Portland neighborhood, where approximately 0% of young adults have earned a bachelor’s degree or higher.

Scroll over the map to see values for each census tract. Zoom in to see street names that form that boundaries of each tract.

The rate of graduate degree attainment in Louisville has fallen since 2013. It now lies below the 75th percentile at 13.5%, one percentage point below that percentile. The city has performed above the peer mean since the year 2000. 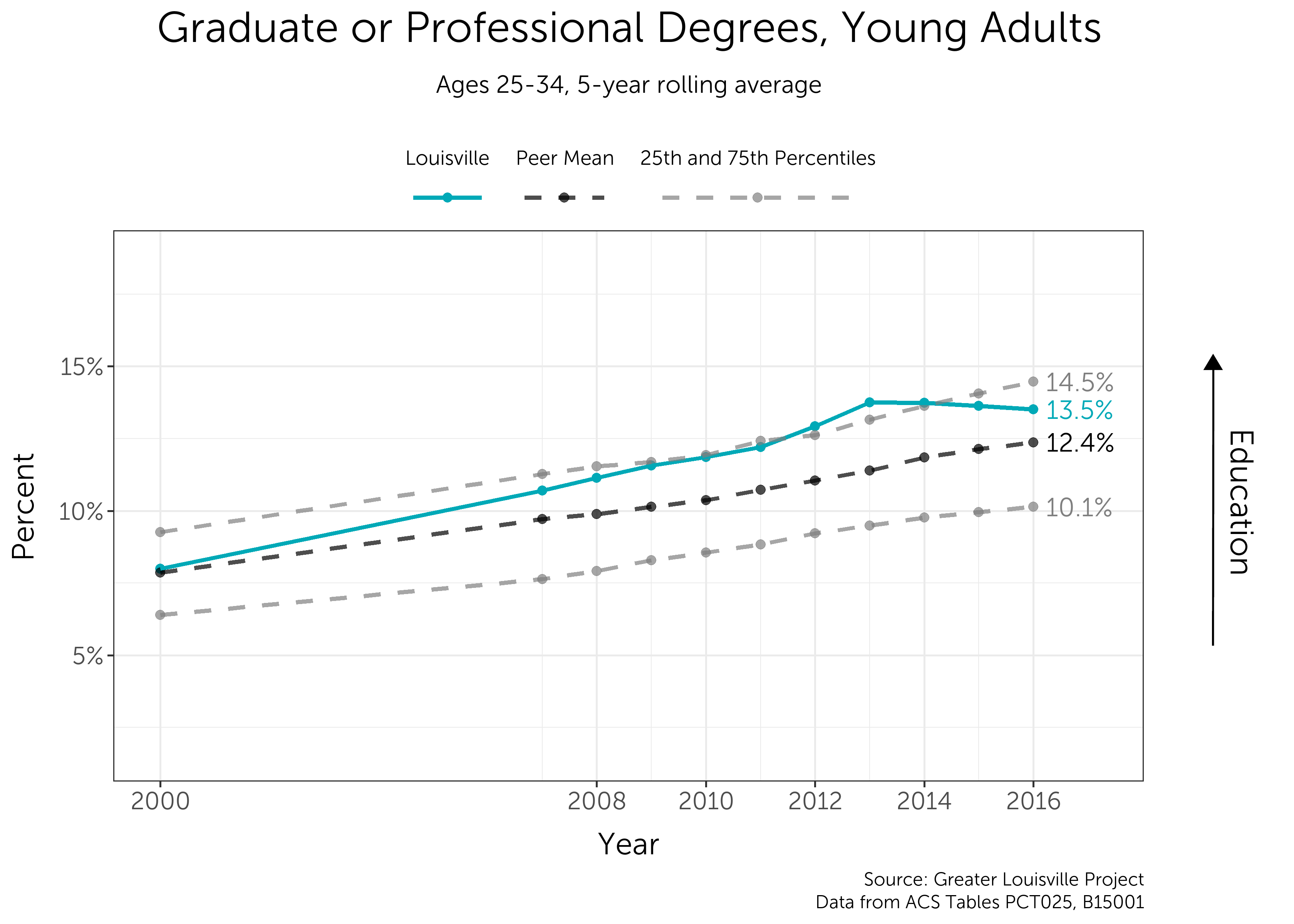 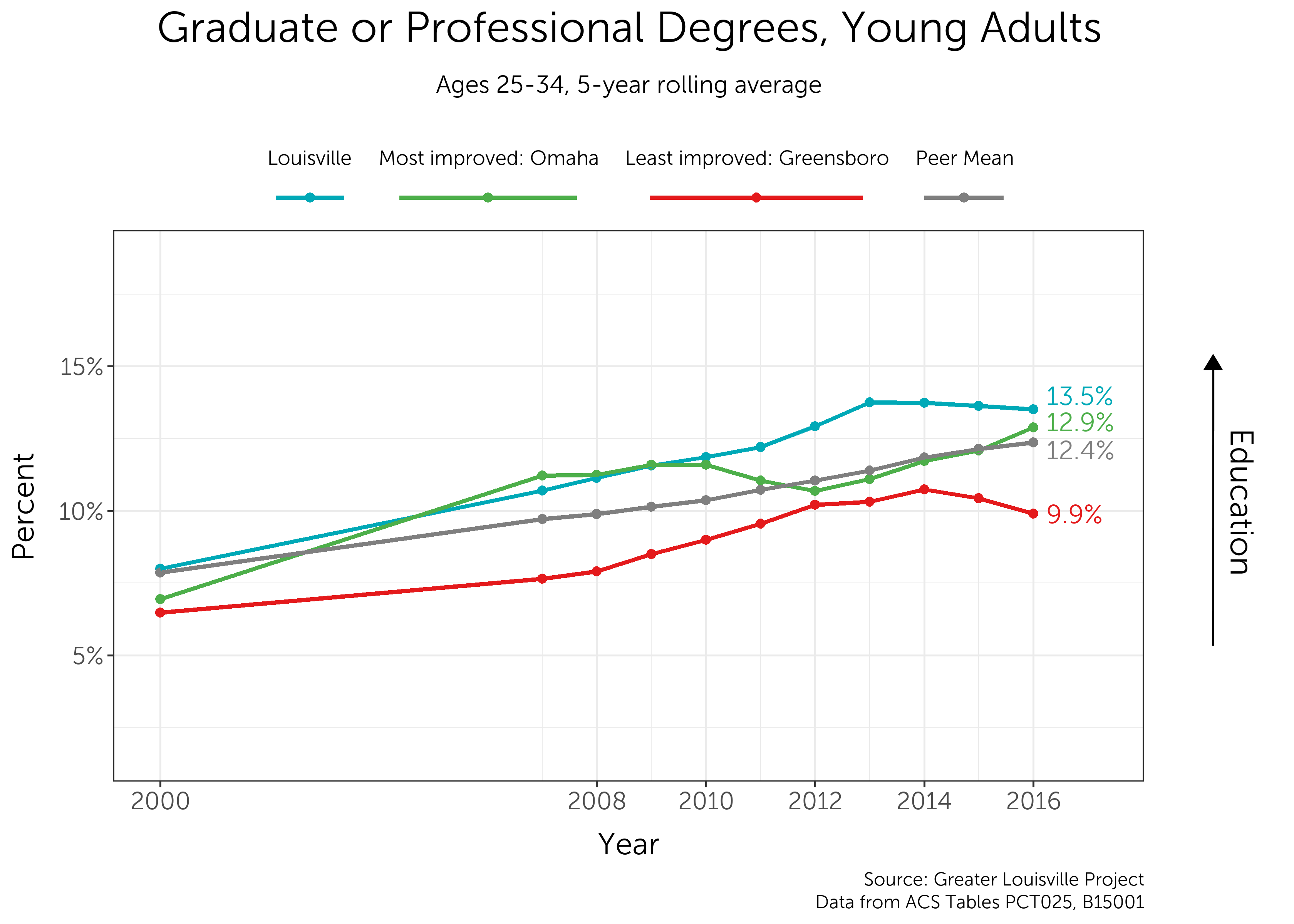 Comparison With the Most and Least Improved Peer Cities 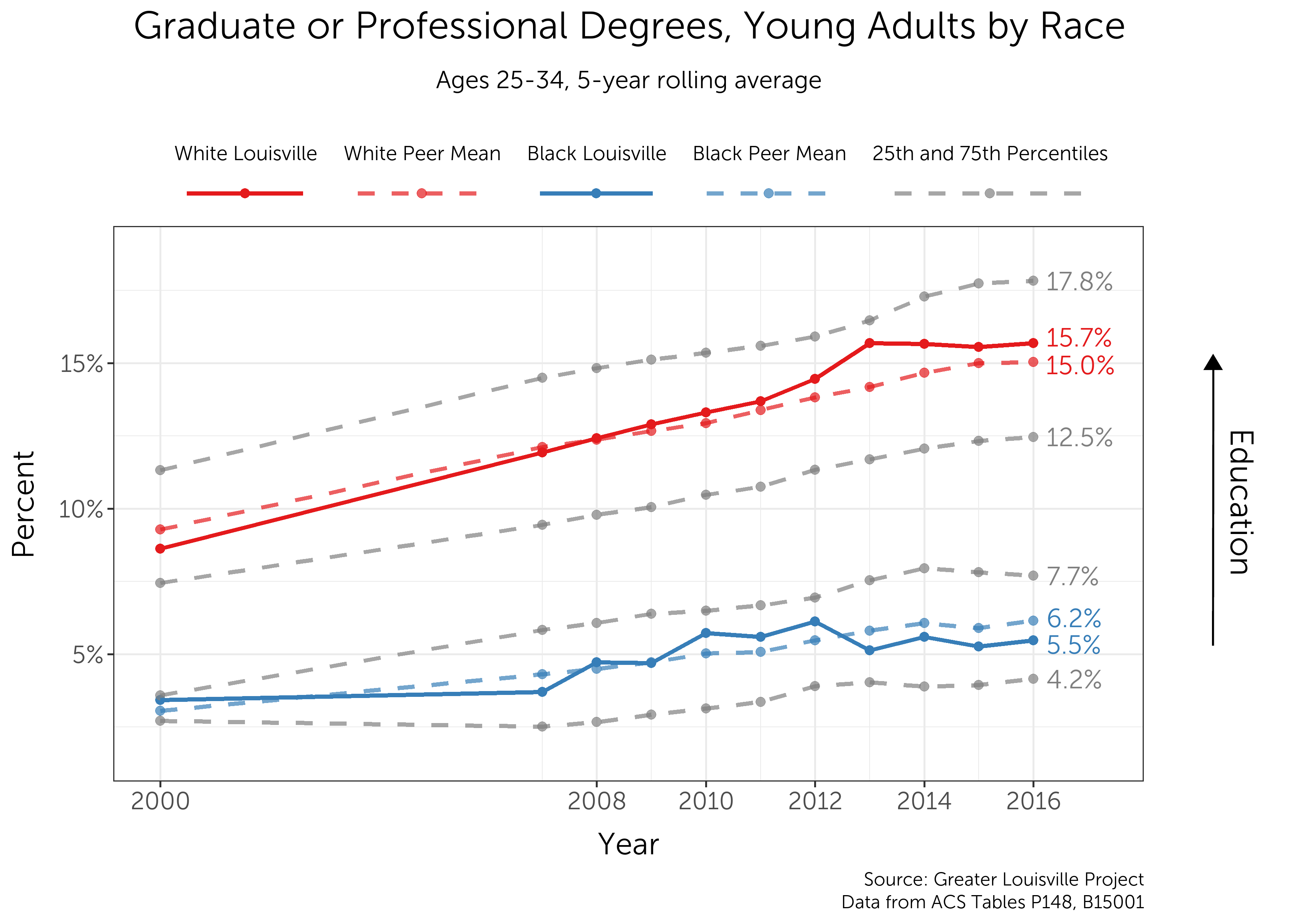