Louisville is in the middle cluster of its peer group according to a natural breaks algorithm. Cities in green are those that outperform their peers, cities in yellow represent the middle cluster, and those in red are a group that lags behind its peers on this indicator. 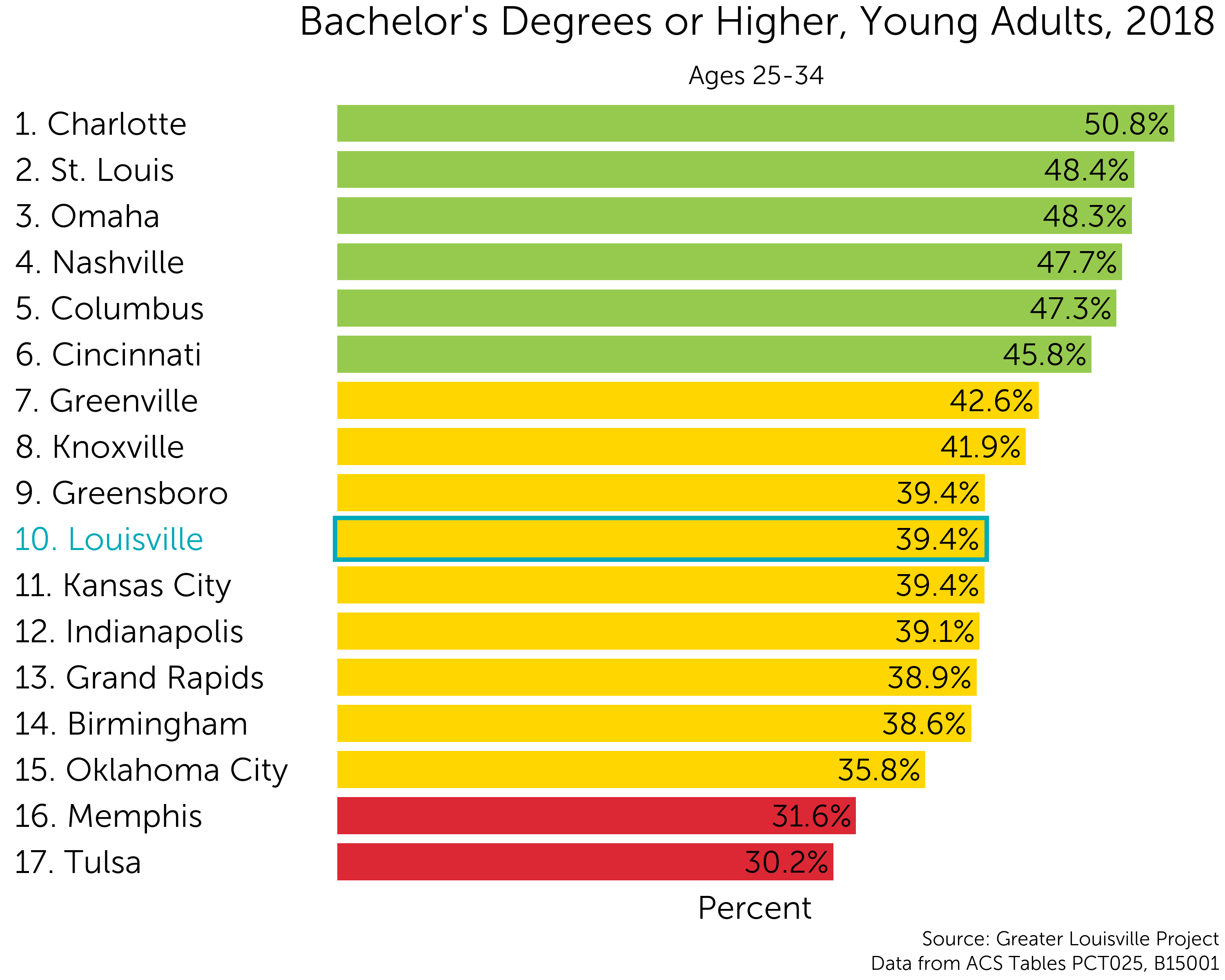 Where are young adults with bachelor’s degrees in Louisville? 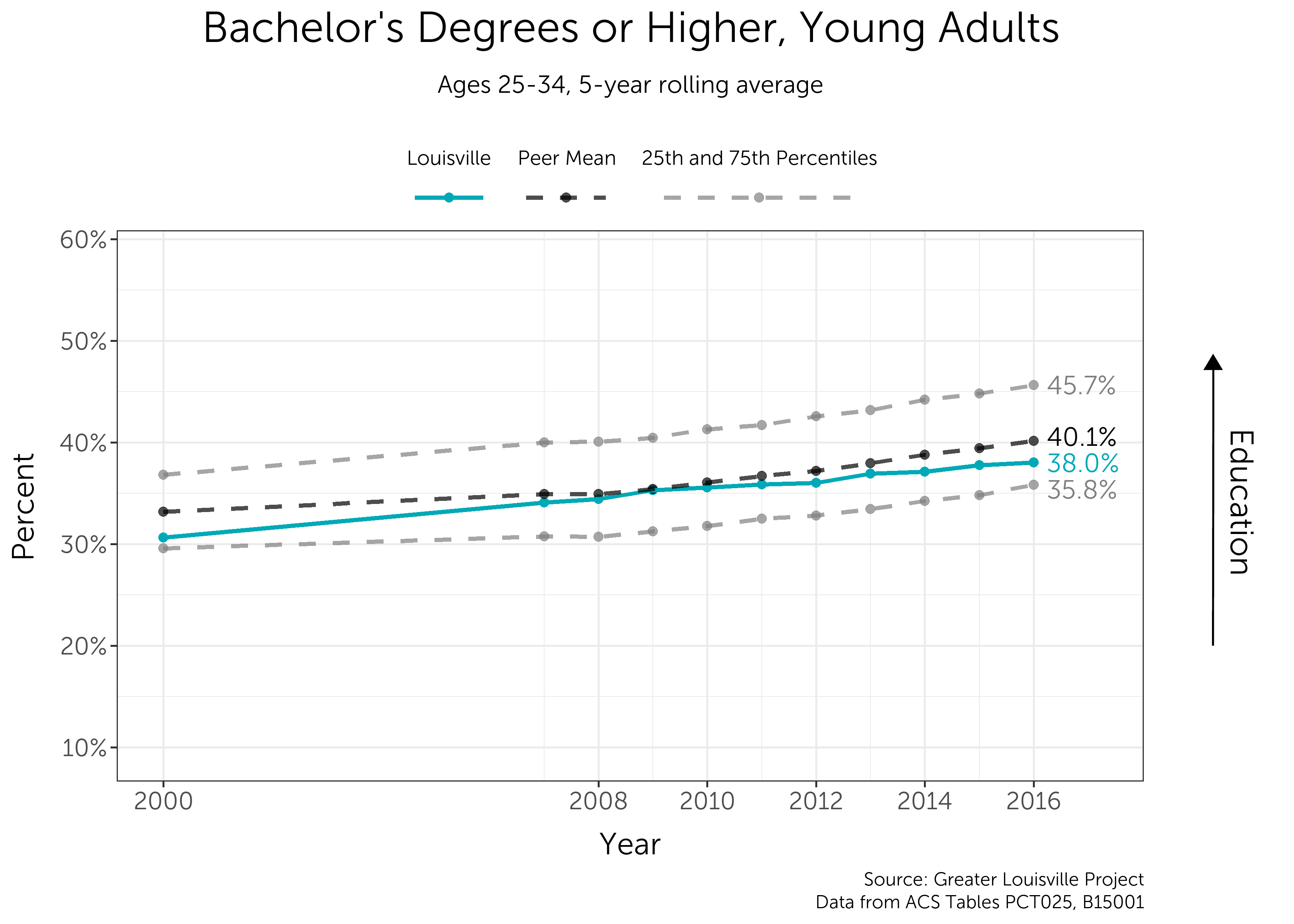 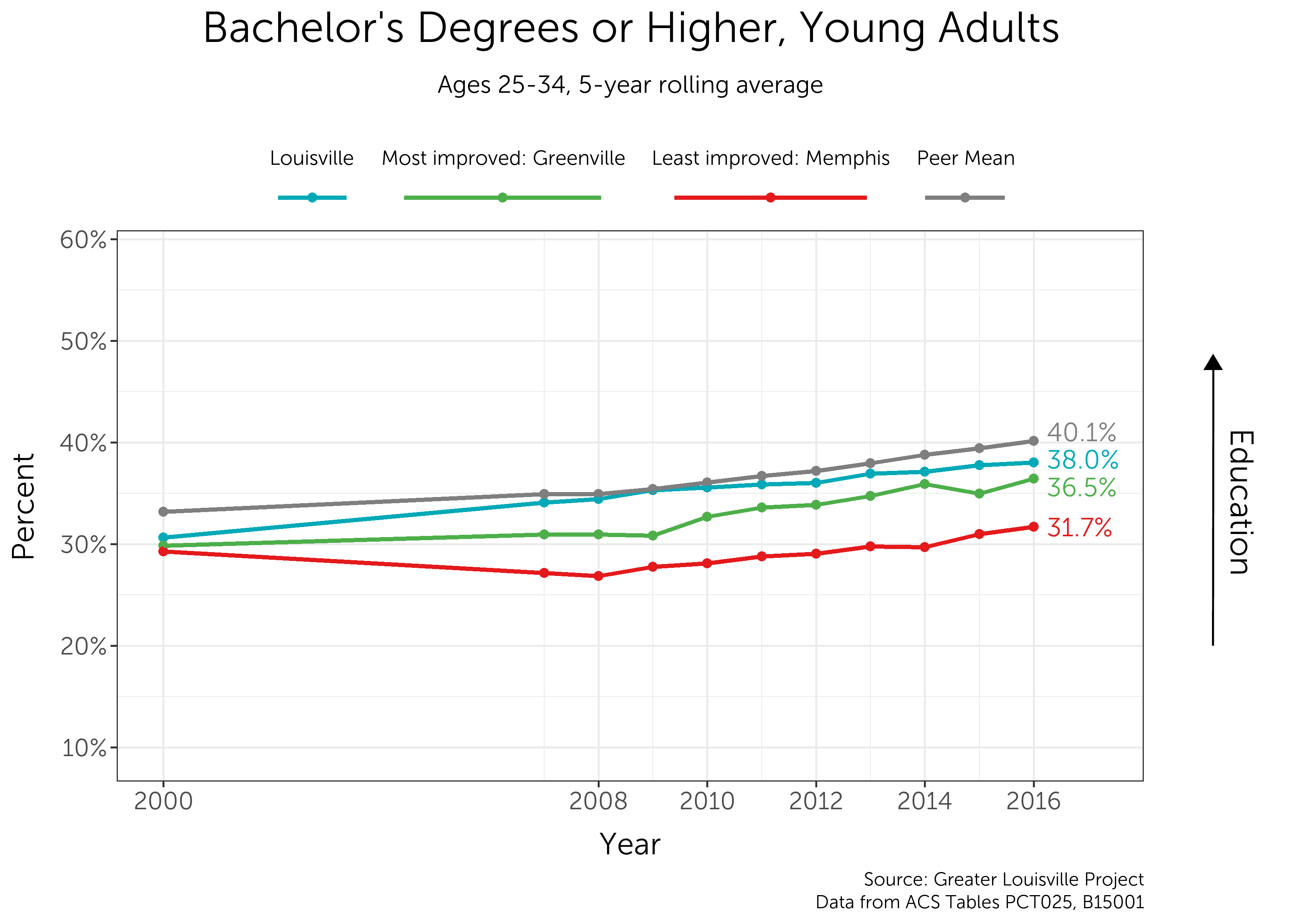 Comparison Between Most and Least Improved Cities

Since 2000, Louisville has outperformed both the least and most improved cities, Memphis and Greenville, respectfully. However, Louisville is currently 2.1 percentage points below the peer mean.

The gap between whites and Blacks in the rate of obtainment of bachelor’s degrees or higher has not decreased since the year 2000. The rate of degrees among whites is more than double that for Blacks. Both groups are near their respective 25th percentiles. 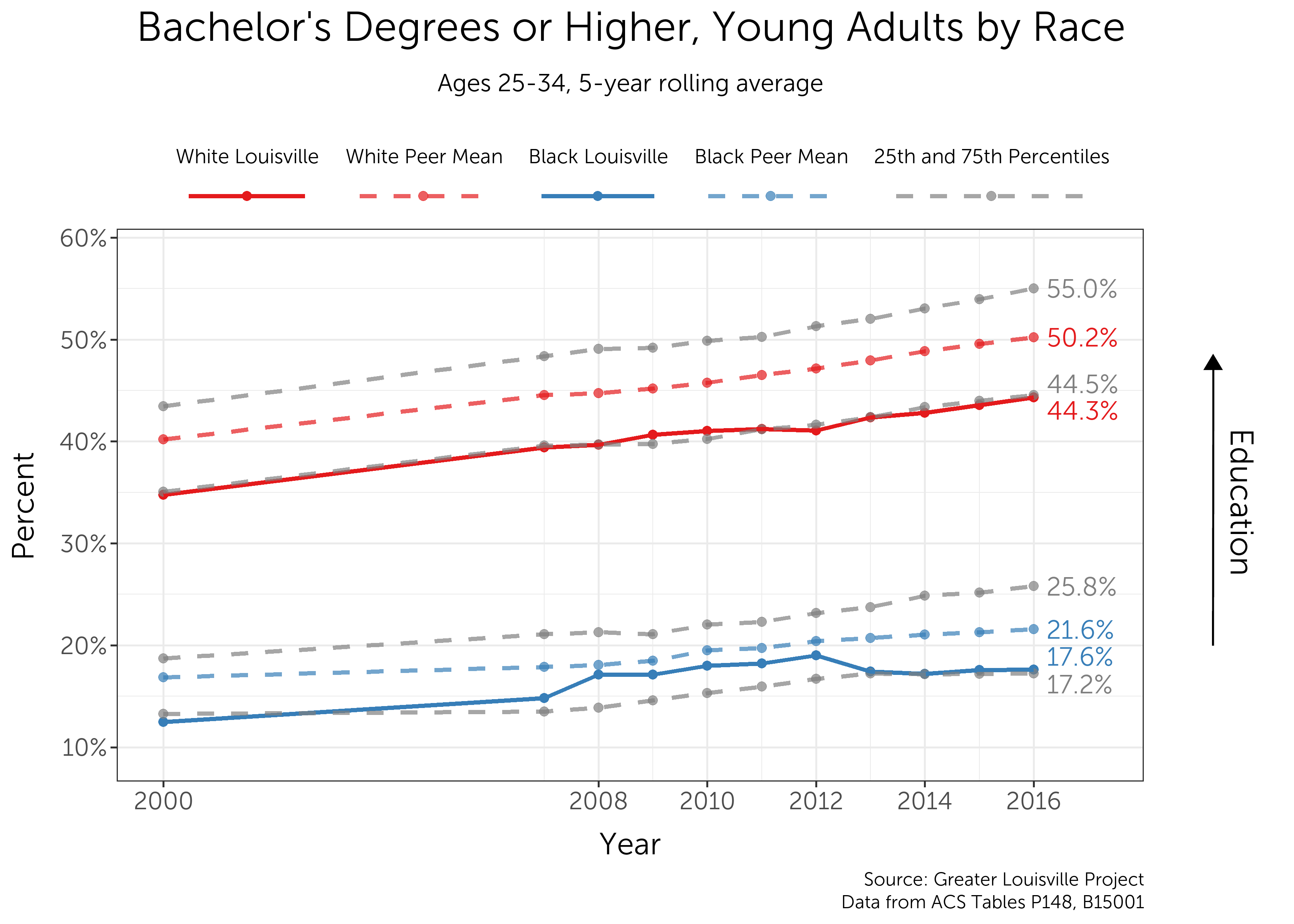 Females in Louisville continue to obtain bachelor’s degrees or higher at a rate higher than than their male counterparts. The female peer mean has consistently outperformed the rate for females in Louisville, however the gap is decreasing from a 2012 gap high. Louisville males have hovered around their peer mean since 2008, but fell slightly behind in 2016.