Louisville currently ranks 11th among its peer cities with 47.9% of young adults having earned at least an associate degree.

Louisville is in the middle cluster of its peer group according to a natural breaks algorithm. Cities in green are those that outperform their peers, cities in yellow represent the middle cluster, and those in red are a group that lags behind its peers on this indicator. 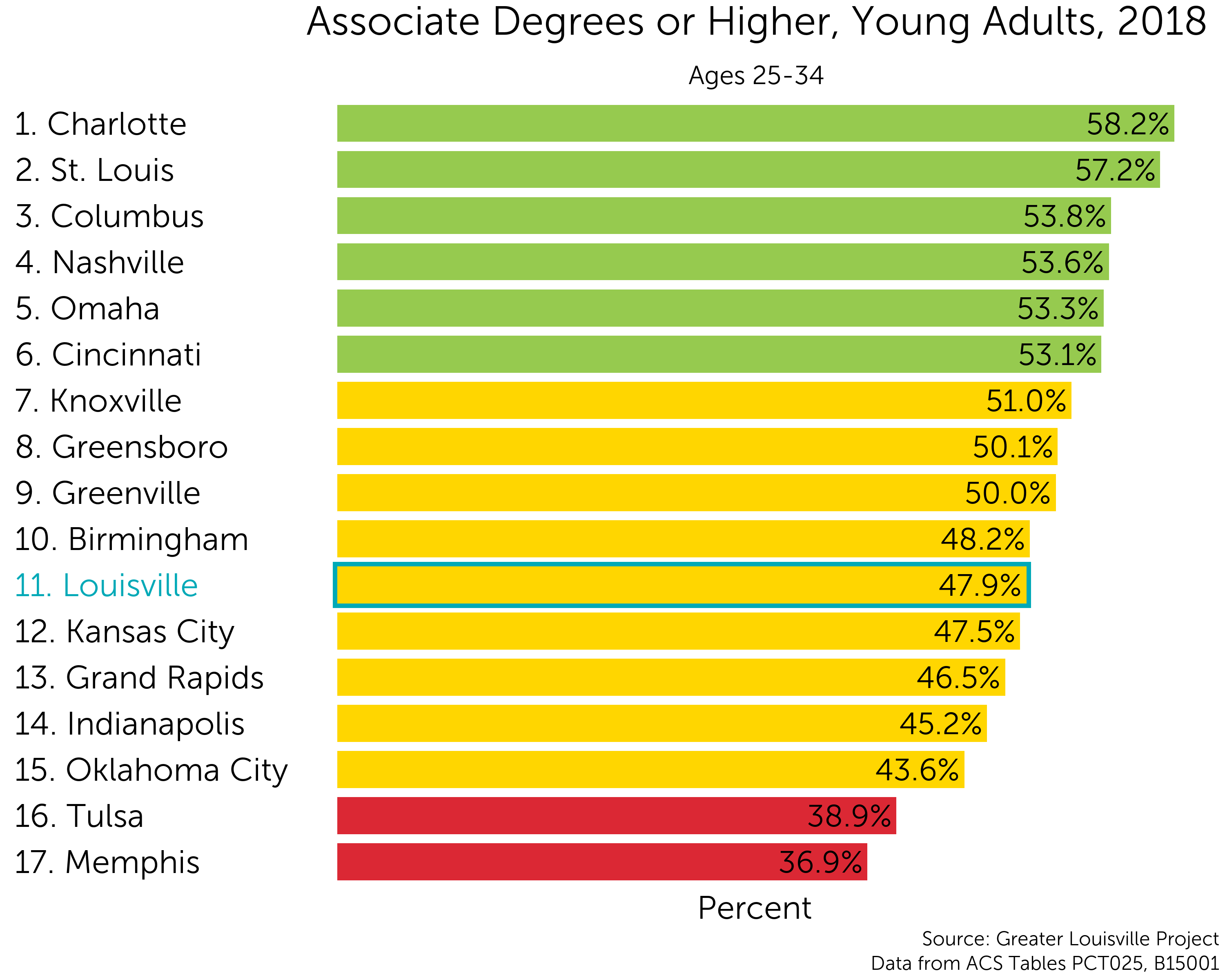 Where in Louisville are associate degrees and above found?

Less than half of the young adults in Louisville have an associate degree or higher, and there is a clear geographic divide on where degree holders live. In the map to the left, areas where more adults have associate degrees or higher are purple. Areas where fewer adults hold post-secondary degrees are white. There are much higher rates of degree holders east of I-65.

High attainment of post-secondary degrees is almost exclusively seen in eastern Louisville. The Highlands have the highest percentage of residents with an associate degree or higher at approximately 80%. This is in stark contrast to western Louisville where degree attainment in Portland and Russell measures below 8%.

Since 2000, more young, adult Louisvillians have obtained their associate degree or higher. For several years, Louisville was at the peer mean. Currently, the city is 1.4% below the peer mean, but remains higher than the 2000 number. 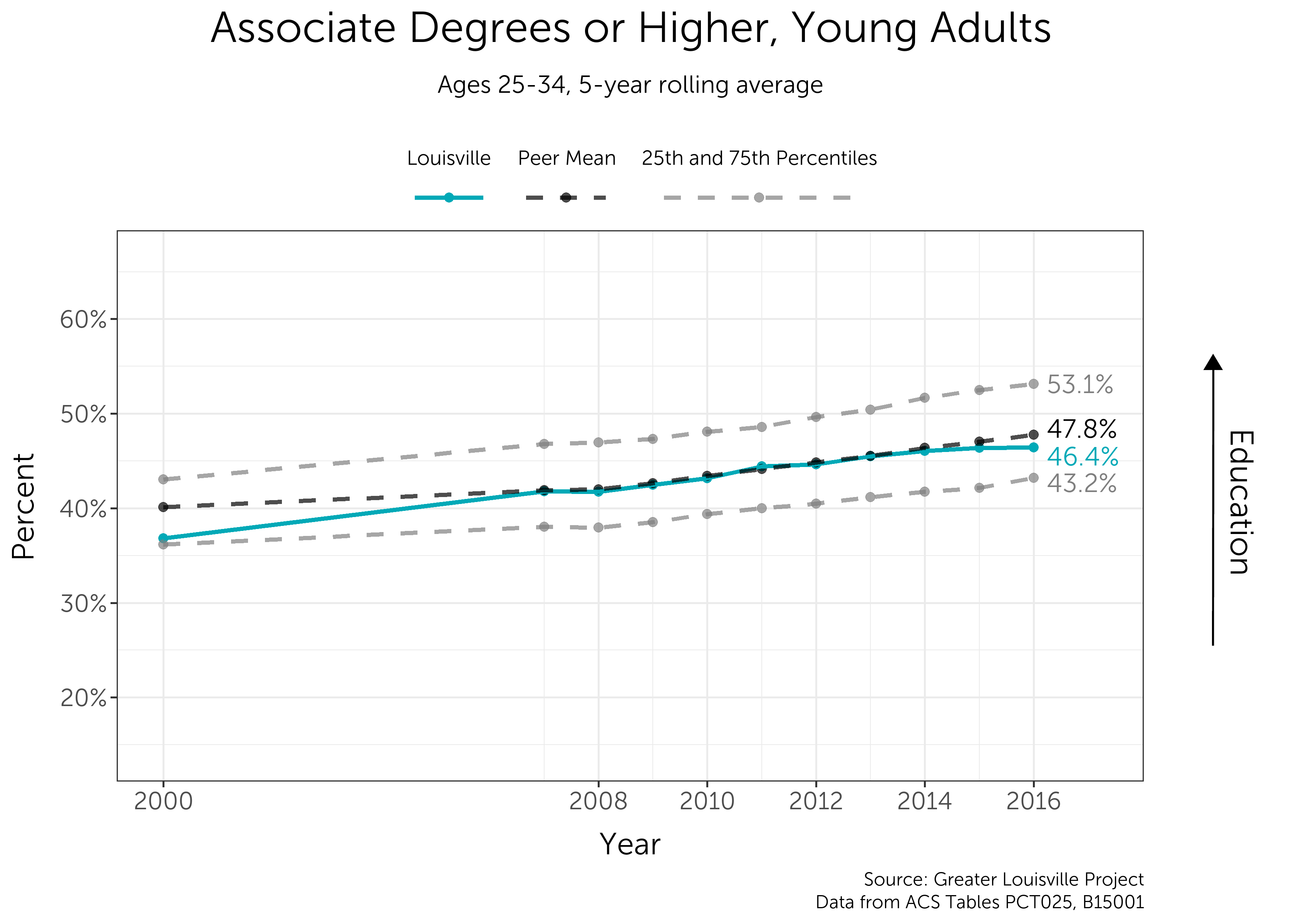 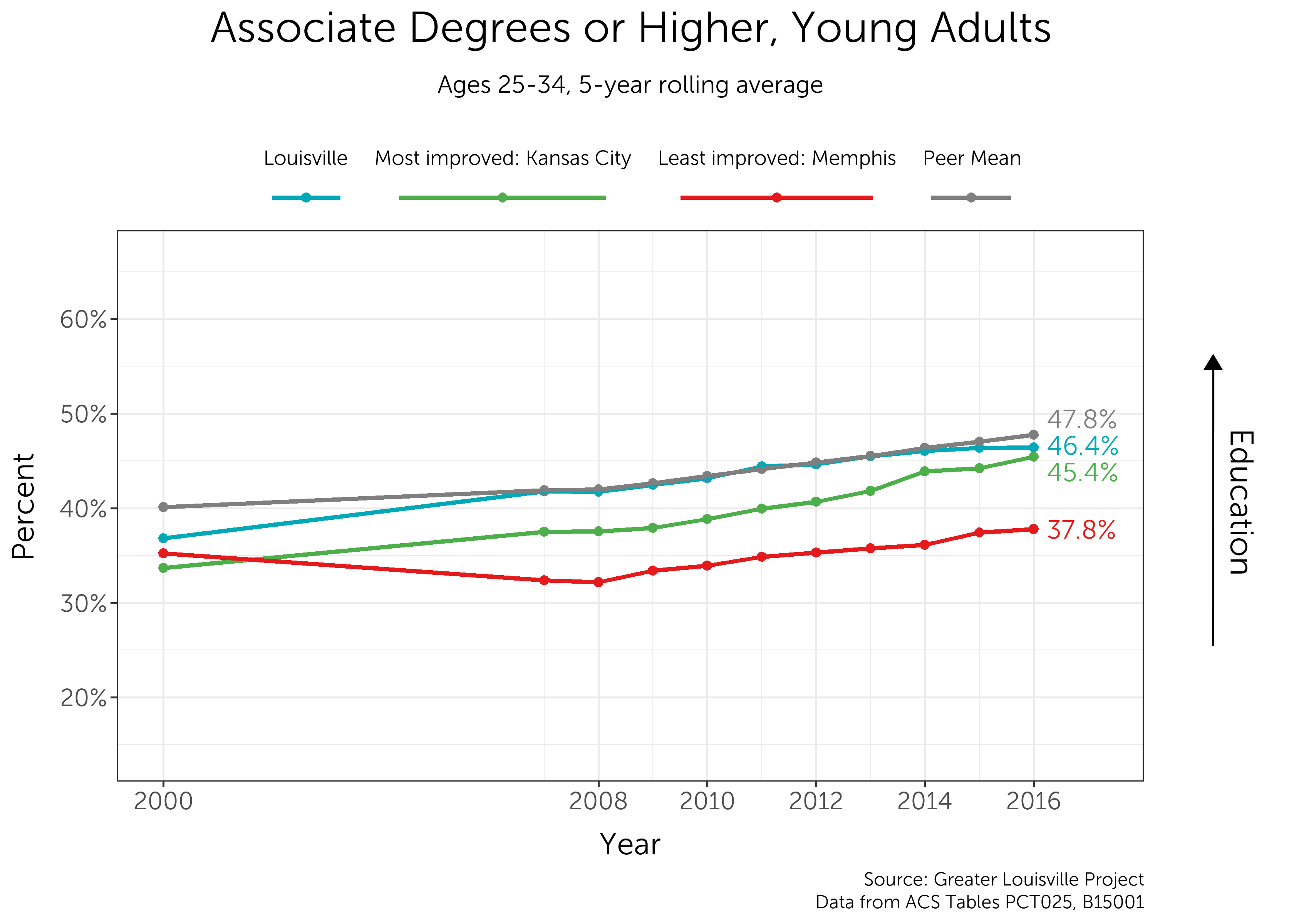 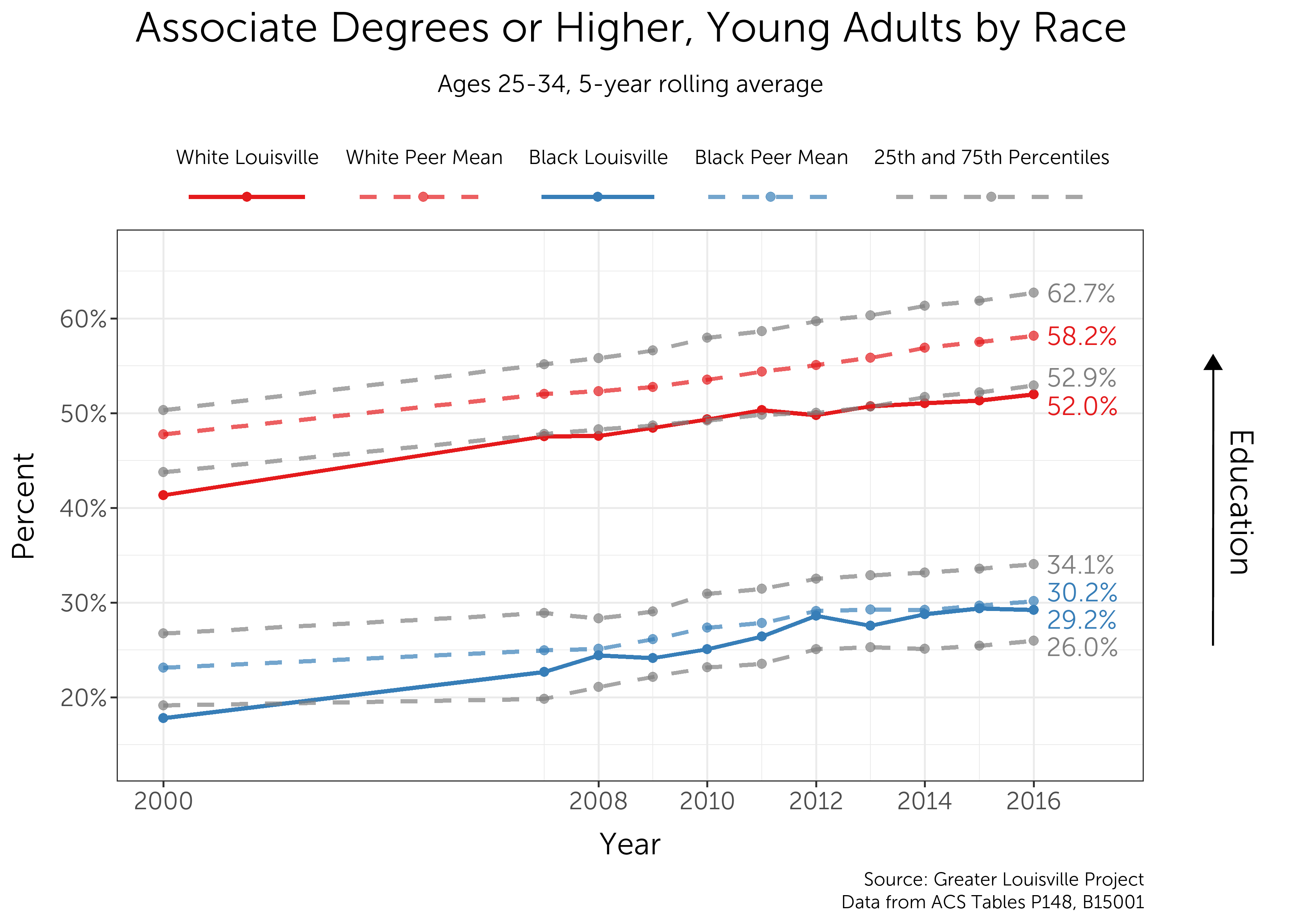